Faridabad, Gurugram most polluted cities with AQI at 360, 328 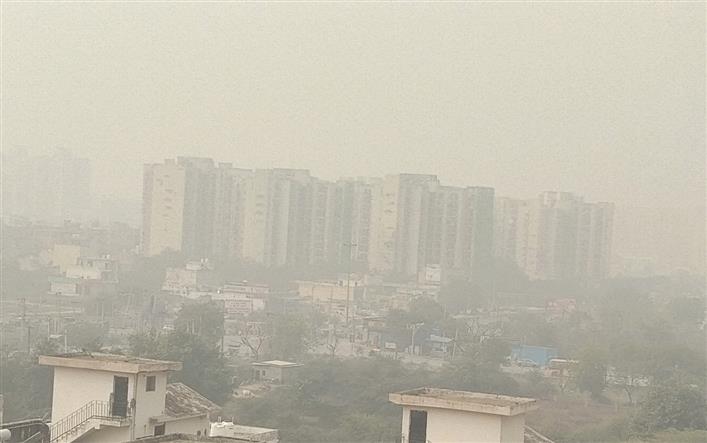 The air quality in the National Capital Region (NCR) and Haryana continued to worsen. The air quality index (AQI) was recorded between 300 and 400, hitting ‘very poor’ level today. Faridabad and Gurugram were among the most polluted cities in the NCR and the state.

As smog prevailed in the past few days, this industrial city recorded AQI at 360 today, according to Sameer, the official app of the Central Pollution Control Board (CPCB). The air quality here was the poorest among all cities in the NCR with an average of 361. One of the spots in the city touched 395, five points away from the ‘hazardous’ level.

With PM level of 2.5 (particulate matter hanging in air), the index had been above 300 for the past four days, mainly due to adverse weather conditions and fog that enveloped the region after rain a few days ago, claimed sources in the Haryana State Pollution Control Board (HSPCB).

The air quality in the neighbouring Gurguram also remained ‘very poor’ with the index at 328 till evening. The PM level in Manesar, Hisar, Bhiwani and Rohtak was 2.5 and the AQI was recorded between 312 and 370 this evening.

Foggy conditions accompanied with fall in temperature, dust, vehicular traffic, improper garbage disposal and burning of waste had led to the present conditions, said sources in the HSPCB, adding that it may prevail till there was precipitation and change in wind pace. The air quality was ‘very poor’ in as many as 16 cities across the country, according to the official data. Blaming inadequate measures, Vishnu Goel, a social activist, said the poor AQI for such a long duration was a cause for concern, especially during the third wave of the pandemic.

Several measures, including the Graded Response Action Plan (GRAP) were in place, said a district official.