Home Ministry had last year directed CBI to probe mysterious deaths of airhostess and her nephew, both from Nagaland, on a complaint from MP Agatha Sangma to Amit Shah 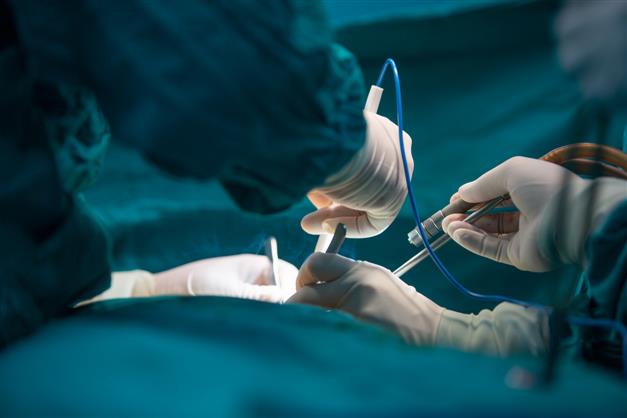 Dentist for a gynaecological problem! This bizarre incident took place at a private hospital in Gurugram, resulting in the death of an airhostess from Nagaland on June 24 last year, prompting the Central Bureau of Investigation (CBI) to launch an inquiry.

The CBI, on the directions of the Union Home Ministry, registered a case against doctors—Managing Director of Alfa Health Care Dr Anuj Bisnoi and dentist Anjali Ashk.

According to the CBI FIR, the two have been booked under Section 304 (death due to negligence) of the Indian Penal Code.

Samuel Sangma, a relative of deceased Rosy Sangma, had an altercation with doctors and other hospital staff suspecting medical negligence, a Home Ministry statement had said.

The next day, on June 25, the Delhi Police received information regarding the death of Samuel in the national capital.

“The gross negligence of the hospital and its doctors is also clear from the fact that the critical patient of vaginal bleeding is being treated by a Dentist who is not at all qualified for the same,” the CBI said in its preliminary inquiry findings.

This preliminary inquiry showed that Rosy was admitted in the hospital for severe bleeding and pain on June 24, and Ashk was deputed to attend her, while main doctor Bisnoi came four-and-a-half hours later.

The inquiry showed that even though Bisnoi was informed about Rosy’s serious condition, he gave instructions to Ashk, a dentist with no experience to handle gynaecological issues, to handle the case.

At 10.45 am, Bisnoi had asked Rosy’s relatives to bring blood from blood bank as it was an emergency.

Bisnoi sent a letter to Bijwasan police station SHO informing that the patient, who was in a serious condition, had died.

In another piece of information later, he told the police about suspected poisoning and foul play as the cause for her death and also claimed that she was not responding to the treatment.

He said she was being referred to civil hospital for further treatment.

“The said information is carbon copy but the time 1.30 pm is mentioned in original blue ink,” the CBI said.

Bisnoi prepared a discharge card of Rosy mentioning the time of admission at 6 am and that of referral as 12 pm and also mentioned about blood transfusion, serious condition, gasping of patient and her referral to higher centre but actually “did not refer” her to any for further treatment, the CBI alleged.

The Home Ministry had last year directed the CBI to probe the mysterious deaths of Rosy and her nephew Samuel, both from Nagaland’s Dimapur, on a complaint from MP Agatha Sangma to Home Minister Amit Shah.

The family of the deceased has alleged that Rosy had died due to the hospital’s negligence.

It had also alleged that Samuel died due to foul play by the hospital personnel, the home ministry statement had said.

In her letter to Shah, Agatha Sangma explained that Rosy had complained of a medical condition and was taken to the hospital for treatment, where she passed away. The MP also wrote that Samuel had alleged medical negligence by the hospital and had registered a complaint regarding the events leading to his aunt’s death.

“The next day, Samuel was found hanging in his hotel room... and the circumstances leading to his death rose suspicion of foul play, and now, there is an enormous indignation in the public space and call for justice is growing with every passing day,” the letter had said.

“Prima facie, this appears to be a case of orchestrated homicide, which requires investigation of highest order to unearth the truth leading to the death of two young persons in their prime,” the MP had said.

The MP from Meghalaya had urged Shah “to initiate necessary investigation at the earliest and book the perpetrators of the crime in consonance with the law of the land and deliver justice” to Rosy and Samuel’s family.