Now, representatives of Dr Ambedkar Chamber of Commerce will also be invited to Antyodaya Melas, which are being organised under Mukhyamantri Antyodaya Parivar Utthan Yojana.

The ‘yojana’ is a scheme to increase the income of each family up to Rs 1.8 lakh per annum.

Besides this, on the occasion of Sant Kabir Jayanti on June 14, the Haryana chapter of Dr Ambedkar Chamber of Commerce will also be launched.

This decision was taken during a meeting held under the chairmanship of Chief Minister Manohar Lal Khattar today with the office-bearers of Dr Ambedkar Chamber of Commerce.

In the meeting, Mission Director of Mukhyamantri Antyodaya Parivar Utthan Yojana Mandeep Singh Brar apprised the Chief Minister that so far more than 500 melas have been organised at 156 places in two phases.

Information about 49 schemes of 18 departments is being given to the beneficiaries under which they can self-employ themselves by taking loans from banks.

In the meeting, the Chief Minister appreciated the efforts of Dr Ambedkar Chamber of Commerce regarding motivating youth from poor families, especially Scheduled Castes to become entrepreneurs.

The Chief Minister called upon safai karamcharis to form cooperative societies like building and construction workers. He advised them to take the contract of cleaning in urban local bodies through these committees. Thus, they would be contractors instead of cleaners. The Chief Minister said that gradually, the work of cleaning in the cities should be done by machines instead of doing it manually. He urged the safai karamcharis to provide good education to their children and send them to government and other sectors.

CM Uddhav Thackeray talks peace with rebels | Will be back s... 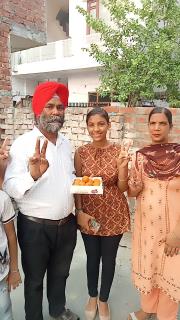