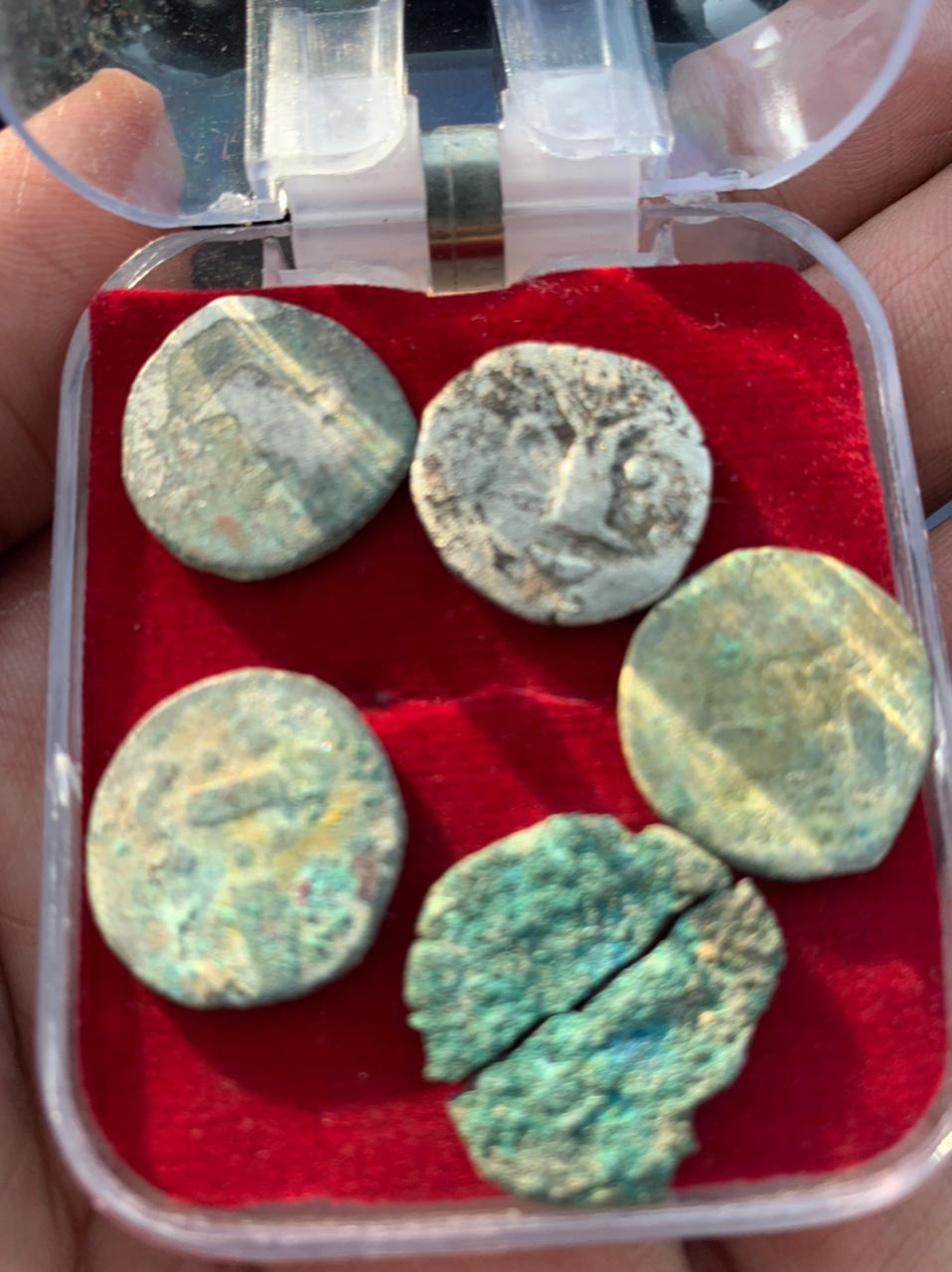 Six old coins were unearthed from an old fort in Sandhai village, falling under the Bilaspur subdivision of Yamunanagar district.

The Haryana Saraswati Heritage Development Board, Panchkula (HSHDB), has written a letter to the Archaeology and Museum Department, Haryana (Chandigarh), to check the period of the coins and further study the site.

The area, where the coins were found, falls on the palaeochannel of the Saraswati river.

According to information, a villager, Balvinder Singh, found the coins in the remains of an old fort of his village and he, alongwith other villagers, handed over these to Dhuman Singh Kirmach, Deputy Chairman of the HSHDB, when he visited Sandhai village on Saturday.

Dhuman Singh said looking at these coins, it seemed these coins might have belonged to the Harappan period, therefore they had written to the Archaeology and Museum Department, Haryana, to check the period of the coins and further study the site.

He said Saraswati river was the oldest river of Haryana and people lived on its banks as they got drinking water from it.

“The discovery of old coins from an old fort situated close to the banks of Saraswati river proves that people lived on the banks of this river in ancient times,” said Dhuman Singh.

Residents of Sandhai village told Dhuman Singh that this was not the first time that ancient artifacts had been found in the village. According to information, in a letter written to the Director of the Archaeology and Museum Department on November 22, the Chief Executive Engineer of the HSHDB said during the visit of the Deputy Chairman of the HSHDB in Sandhai village, they found some ancient coins. In the letter, the Chief Executive Engineer said this area fell on the palaeochannel of the Saraswati river and there was a possibility of existence of archaeological evidences. “In view of this, the office desired that a team of your department may visit the site for verification and further investigation at the earliest,” reads the letter written by the Chief Executive Engineer.