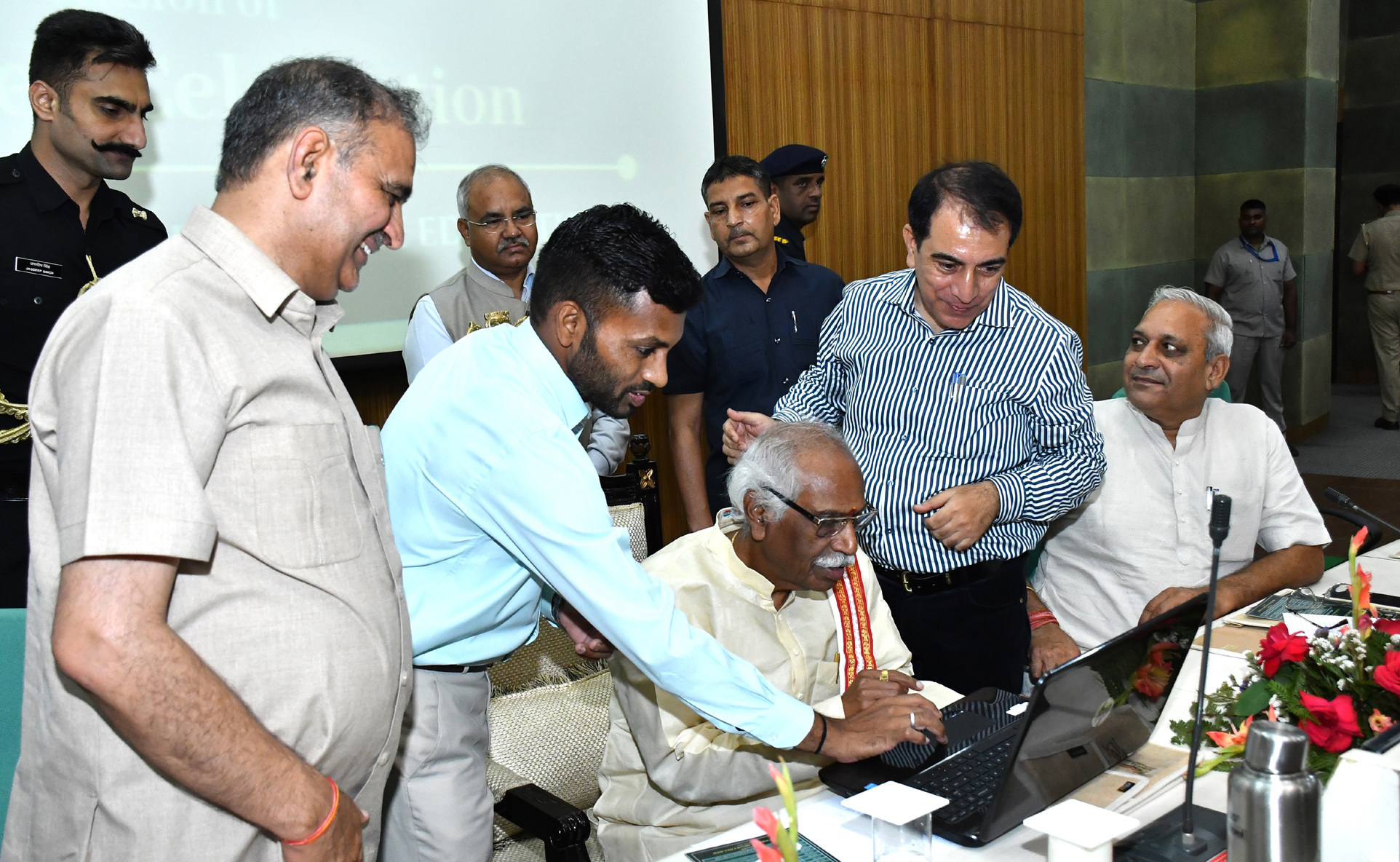 Governor Bandaru Dattatreya at the Guru Jambheshwar University of Science and Technology, Hisar.

Attending a function to mark 25 years of the distance education directorate in the university, the Governor filled his admission form online and became the first student of the fresh session as the admissions began today.

The Governor while addressing the audience said, “India is becoming self-reliant by following the path of knowledge and science, taking energy from the pride of saints”, he said adding that the university was established in the name of great environmentalist and saint Guru Jambheshwar Ji Maharaj. This university is making incomparable contributions in the field of knowledge and science, he added.