With most modern machines in North India, to cater to patients of region: BJP chief Nadda 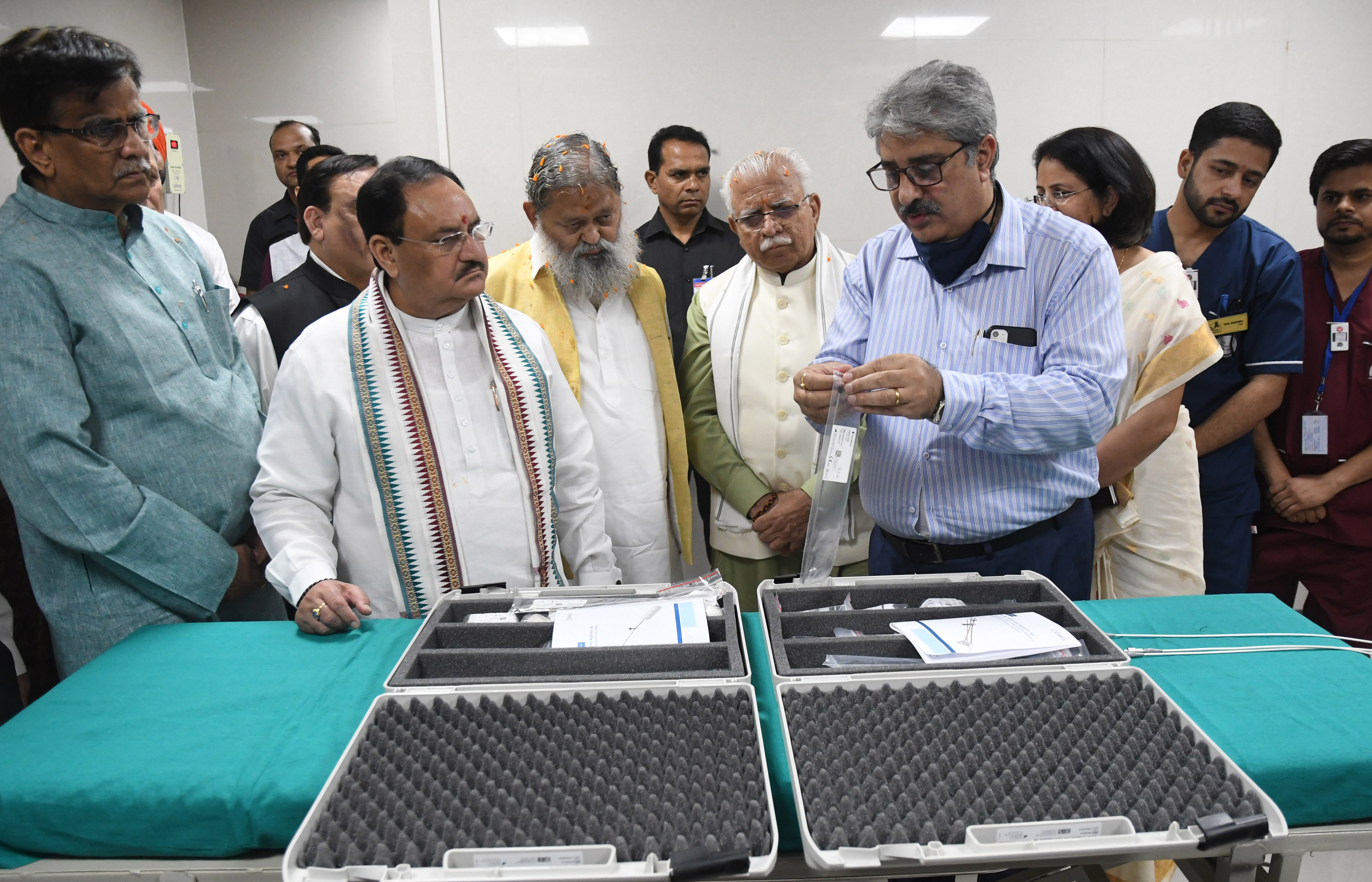 On the occasion, Nadda said, “The cancer centre, dedicated to the public, is equipped with sophisticated and modern equipment. After the PGI, Chandigarh, the centre in Ambala has the most modern machines in North India. It would bring relief to cancer patients of not only Haryana but those of the neighbouring states also. The centre would help detect cancer and cardiovascular diseases at an early stage.”

Health Minister Anil Vij said, “The health services in Ambala Cantonment had remained neglected for years. The OPD of the old Civil Hospital used to daily attend around 150 patients only, and was just a referral centre. But after coming to power, we got a new hospital built to provide better facilities and now the OPD attends to over 2,500 patients daily. It has the latest machines. We are improving the healthcare facilities across the state. To further strengthen the healthcare facilities in Haryana, the government has decided to get mapping done and identify the areas where the CHCs, PHCs, ICUs and 100 and 200-bedded hospitals are required.”

Chief Minister Manohar Lal Khattar said cancer patients were on the rise in Haryana, especially in Sirsa, Jind, Fatehabad, Kaithal, and Ambala districts, and with latest equipment here, their lives could be saved. Two more advanced machines, including PET scan and SPECT scan, would also be installed at a cost of Rs 34 crore at the cancer centre. A hostel, having a capacity of 100 people, would be built for attendants of the cancer patients.

The Chief Minister said the centre would be soon included in the list of hospitals covered under Ayushman Bharat Scheme. The government had increased the medical seats and it aimed to ensure the availability of specialised doctors. The government would give a pension of Rs 2,500 per month to stage 3 and 4 cancer patients, thalassemia and haemophilia patients of poor families. There was no dearth of funds, and the aim is to provide good health care services to the people.

In an indirect attack on AAP leader Arvind Kejriwal, the CM said, “Freebies are being doled out by a leader, the policy of freebies is a disease, it has captured Delhi and Punjab and now targeting Haryana. You have to stay away from it.”

Meanwhile, Nadda was given a rousing welcome by party workers of the district unit at Bastara toll plaza when he was returning to Delhi from Ambala after inaugurating the cancer hospital.

The centre will be included in the list of hospitals covered under Ayushman Bharat Scheme. The govt will give a pension of Rs 2,500 per month to stage 3 and 4 cancer patients, haemophilia and thalassemia patients of poor families. — Manohar Lal Khattar, CM