Launched in April 2018, Rs79-crore project scheduled to be completed in 3 years 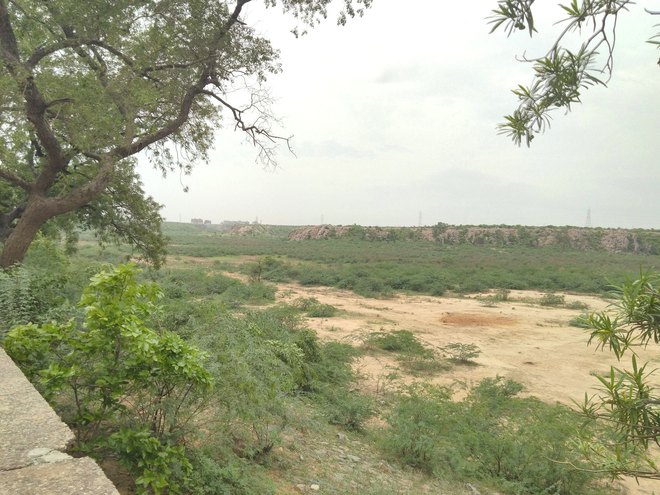 The dried up Badhkal Lake in Faridabad.

Launched in April 2018, the Rs 79 crore Badkhal Lake revival project has been marred with slow progress.

The construction work on the Rs 26 crore sewage treatment plant (STP) to refill the lake has failed to take shape even after over two years.

The STP is the most vital part of the project as it will supply 10 MLD of treated water daily into the lake bed. Sources say the lake is unlikely to get filled till April 2021 and the project is likely to miss the three-year deadline set by the officials concerned.

An important tourist spot in the NCR till 2000, the lake has been lying dry since then. Its revival was one of the prominent promises of the current government.

Though the construction of the STP was approved in November 2018, work on the ground remained stuck till December 2019 due to lack of clearances from the departments, including the Forest and Pollution Control. The Covid pandemic this year also proved to be a spoke in the wheel.

Though the boundary wall of the STP has already come up, construction of the main building is likely to take one more year before the plant could start supplying water into the lake.

After construction, the STP may take six to eight months to fill up the lake spread over 42 acres. The Faridabad Smart City Limited (FSCL), which is carrying out the project, is also waiting for the permission to remove trees and shrubs from the lake bed as the area is regulated by the Punjab Land Preservation Act and Forest Conservation Act.

The approval is also required for the works connected with lake bed treatment and its strengthening.

“With the STP work on full swing and likely to be ready by September 2021, the lake is expected to be filled up by April 2022,” said Arvind Kumar, an official of the FSCL.