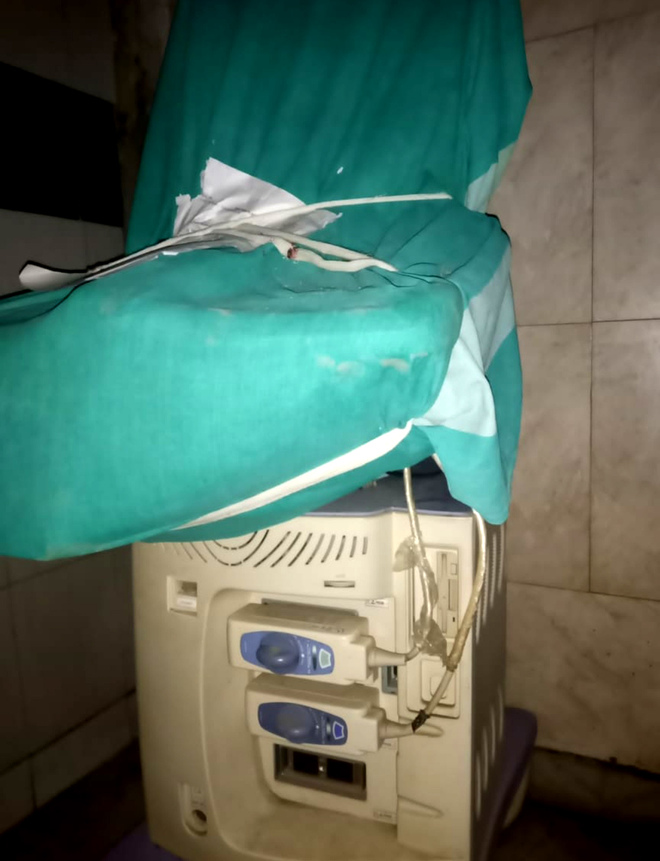 The ultrasound machine used for the test was sealed two years ago. Tribune Photo

The preliminary probe into the cross-border sex determination racket revealed that a BAMS doctor had performed the gender test on a decoy customer in Noida, Uttar Pradesh, and an ultrasound machine used for it was sealed by the authorities two years ago, which he broke open and restarted the tests.

The accused, Dr Hari Om Kashyap, is a repeat offender. He was booked by the Noida police in 2017 after a team of the Bhiwani health authorities raided his clinic there. After that he hesitated to perform the gender test on women from Haryana. The racket, however, has its tentacles in Delhi, UP and Rajasthan too. — Dr Achal Tripathi, Deputy Civil Surgeon

“The doctor, identified as Hari Om Kashyap, is a repeat offender and was also booked by the Noida police in 2017 after a team of the Bhiwani health authorities raided his clinic there. Following which, he hesitated to perform sex determination test on women belonging to Haryana. The racket, however, has its tentacles in Delhi, Uttar Pradesh and Rajasthan besides Haryana,” said Dr Achal Tripathi, Deputy Civil Surgeon Pre-Natal Diagnostic Techniques (PNDT).

A team of the district health authorities led by Civil Surgeon Randeep Singh Punia busted the racket on Saturday with the arrest of a Bahadurgarh tout, Chand Singh, who took the decoy patient to Noida for the gender test. He cracked the deal with the decoy patient for Rs 70,000 but the police later recovered more than Rs 2 lakh from his car in Bahadurgarh on returning from Noida.

“The police conducted raids at Kashyap’s clinic on Sunday but he was not found there. Kashyap used to perform the test in the basement of his clinic and three other pregnant women were also brought there for the test on the same day. One of them belonged to Delhi while another came in a vehicle bearing registration number of Gohana (Sonepat),” Dr Tripathi added.

He said the police were not only conducting raids at the possible hideouts of Kashyap in Uttar Pradesh but also making efforts to trace the woman in Gohana to find out other information about the racket.

On Monday, the tout was produced in a court, which remanded him to three-day police custody, he added.