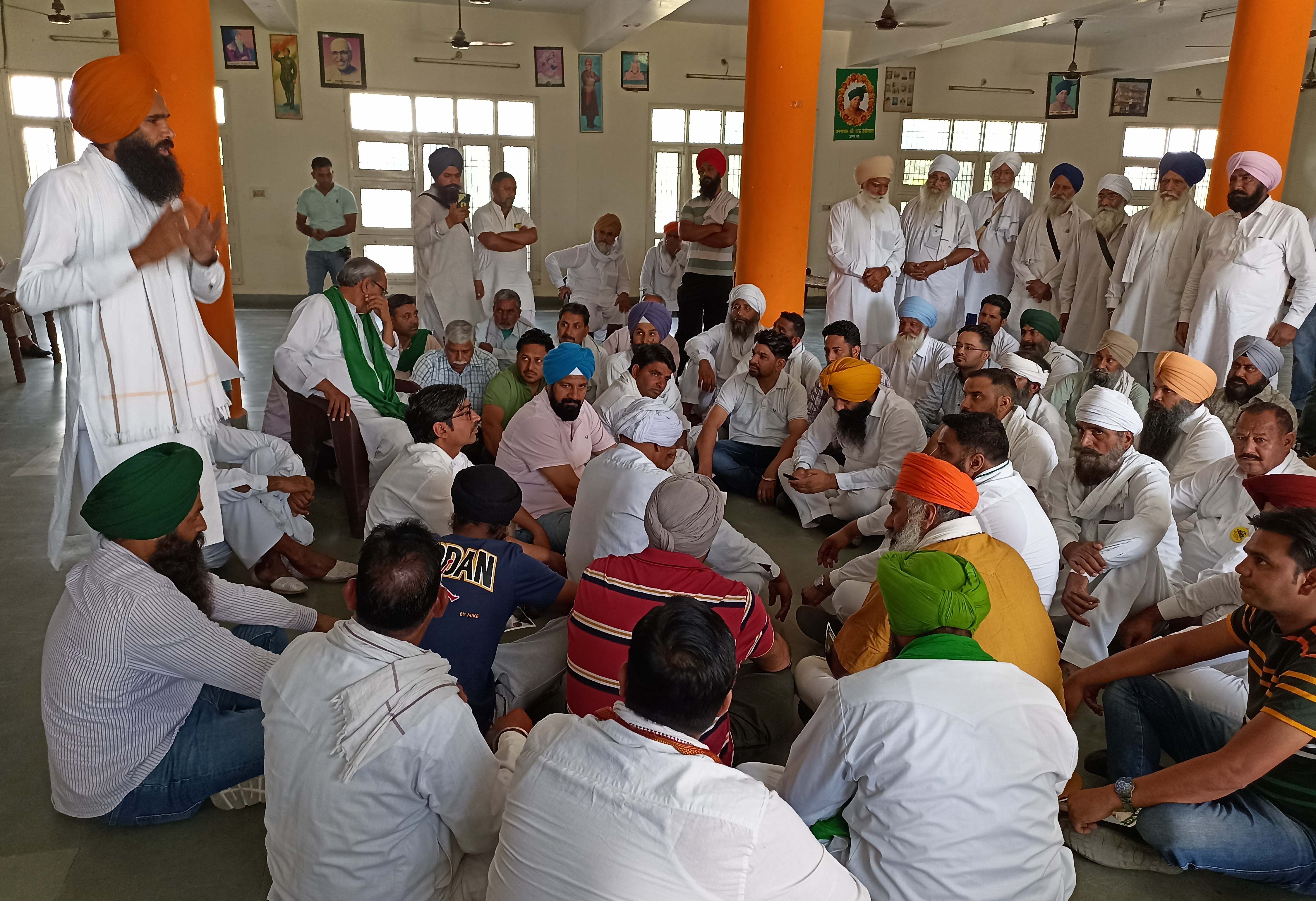 Farmers discuss auction of land by a bank at a meeting in Karnal on Monday. Tribune photo

Farmers under the banner of Bharatiya Kisan Union (BKU) on Monday protested against a bank allegedly for auctioning two-and-a-half-acres land of a farmer without informing him. They handed over a memorandum to the district authorities for Chief Minister Manohar Lal Khattar demanding an investigation into the auctioning of the land. They alleged that no procedure was followed in the auction of the land and even no notice was issued to the farmer concerned.

Jagdeep Singh Aulakh and Bhadhur Singh Mehla from the Bharatiya Kisan Union (Sir Chotu Ram), alleged that Rishpal, a farmer of Jalala Viran village, had taken a loan of Rs. 11 lakh from a bank for animal dairy, but he was able to deposit only three instalments, while the total debt increased to Rs. 17 lakh with interest.

They alleged that the market price of the land was Rs. 90 lakh, but the bank auctioned it without informing the farmer for Rs. 17 lakh, which was injustice with him.

Rattan Mann, president BKU (Mann), said, “There is a need to investigate the case. Action should be taken against those, who are responsible for this auction, which has been conducted without informing the land owner.”

Protesters said on Saturday, a couple of people went to the village to take the possession of the farmer’s land with the help of the police, but farmers opposed this move.