Aims to highlight issues like economic disparity, social polarisation and also against political dictatorship in the country, he said 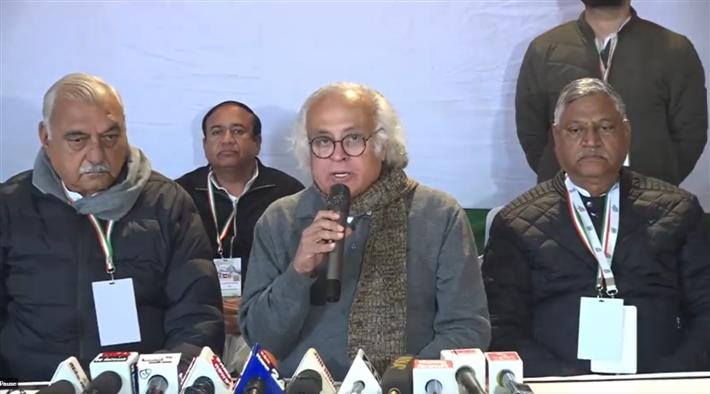 Senior Congress leader Jairam Ramesh on Saturday said 'Bharat Jodo Yatra' was not an exercise to project Rahul Gandhi as a prime ministerial candidate for the 2024 general elections, but it was an ideological yatra.

"I made it clear that the purpose of this yatra is not to project Rahul Gandhi as the Prime Minister candidate of the party. This yatra is of Congress and Congress workers are involved in it to highlight the issues including economic disparity, social polarization and also against political dictatorship in the country. This yatra is not meant to project an individual but to fight the BJP and RSS ideology," said Ramesh while interacting with mediapersons here in a camp near Madhuban where Rahul Gandhi stopped for rest on Saturday.

It has no political motive or limited to election, but this yatra has bigger motive to combat the politics of hate and fear, he added.

He said that Yatra has entered 113rd day when it reached Karnal on Saturday. Yatra was getting good response as people from all sections of the society have been participating. "It has become a 'jan andolan'," he said.

Former Haryana chief minister Bhupinder Singh Hooda claimed that Panipat rally was historical and evoked huge response. He claimed that Congress will form the next government in 2024 in Centre as well as in Haryana. Party’s state president Udai Bhan also appreciated the spirit of party workers.