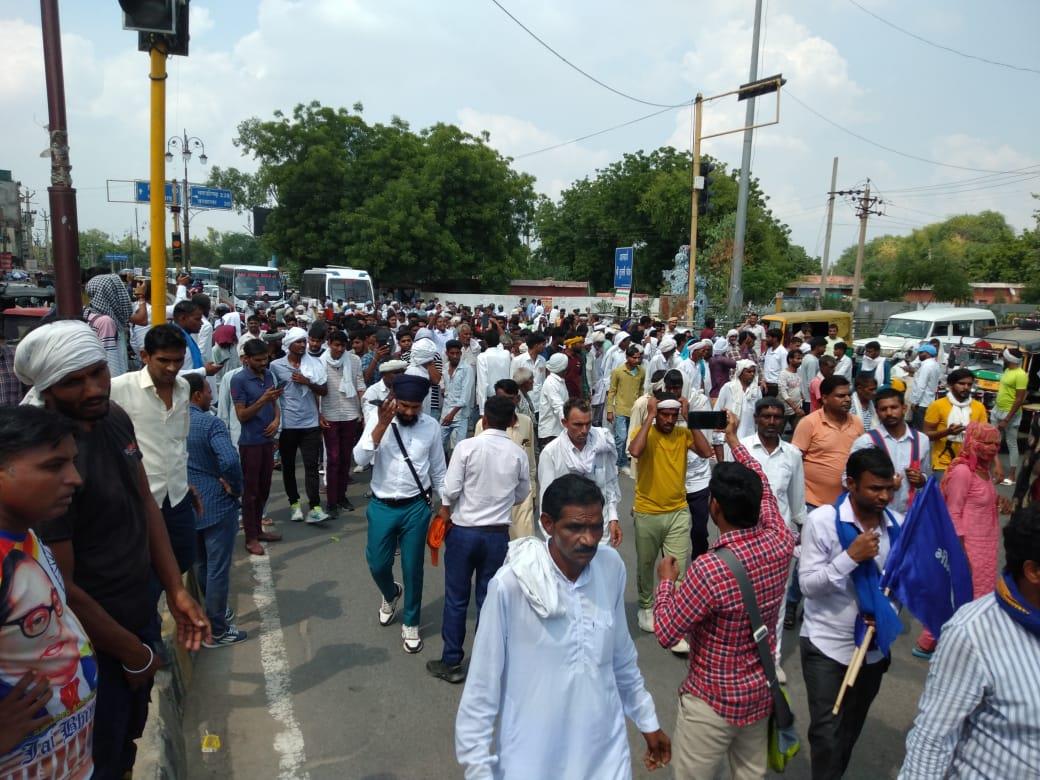 Bhim Army activists during a protest at the mini secretariat in Hisar on Wednesday. Tribune Photo

Tension prevailed in Hisar as a protest by activists of Bhim Army turned violent when some of the protesters clashed with the police and tried to enter the mini secretariat here today evening.

The incident occurred when state Power Minister Ranjit Singh was holding a meeting in the mini secretariat.

About 100 protesters took out a march from Civil Hospital to the mini secretariat today seeking investigation into the death of a Scheduled Caste youth, Vikram, whose body was found at the roadside in Kapro village of the district about 14 days ago and also demanded registration of murder case.

The protesters wanted to submit a memorandum to the Deputy Commissioner. As they reached the mini secretariat, the police stopped them at the main entrance and asked them to wait, saying administrative officials would come out to talk to them.

However, the protesters allegedly tried to forcibly enter the mini secretariat and started throwing stones at the police. DSP Narayan Chand said about 10 to 15 police personnel suffered injuries in the stone pelting, adding that they had also detained some of the protesters.

A police official said it was a pre-planned attack on the police as the protesters had brought stones and glass bottles with them, which they used to attack the cops. The police are in the process of taking action as per the law into the incident, he said.