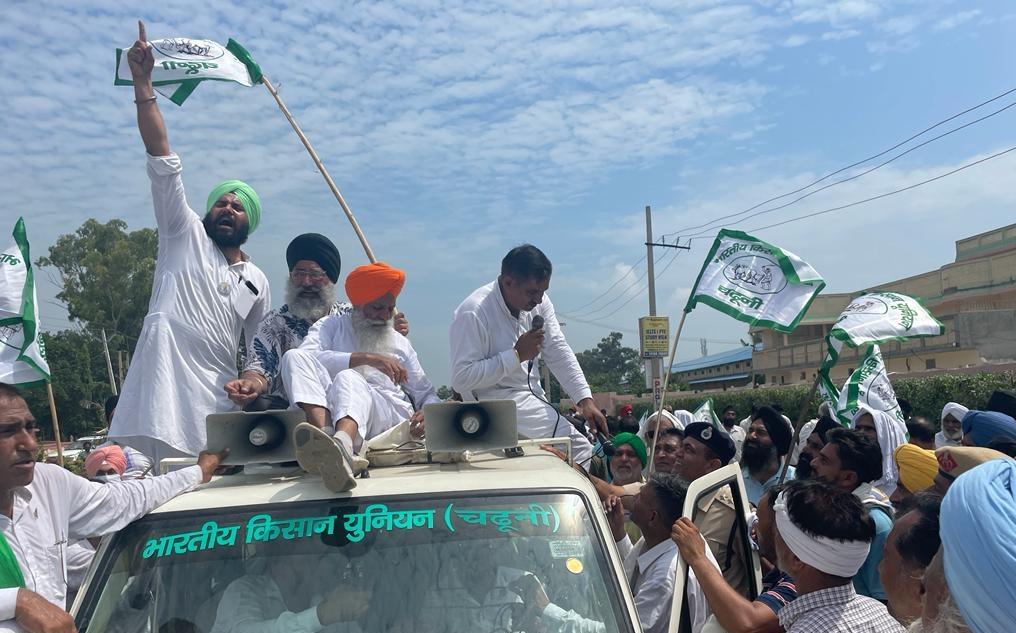 Activists of the BKU (Charuni) protest in Shahabad on Wednesday. Tribune photo

The paddy produce has started arriving in the mandis in heavy quantities, but agencies are yet to start procurement. The BKU (Charuni) has asked the state government to start the procurement early or else the union would launch an agitation and block the national highway in Shahabad on September 23.

No space to store produce

Farmers don’t have space to store the produce. There is no space in the grain markets to dry the harvested crop. We fail to understand the reason behind the delay in procurement. Gurnam Singh Charuni, BKU (Charuni) Chief

The union held a meeting at the Kisan Rest House in Shahabad and decided to wait till the evening of September 22 for procurement to begin.

BKU (Charuni) chief Gurnam Singh said: “The crop has matured and the farmers don’t have space to store the harvested produce. There is no space in the grain markets to dry the crop. Moreover, the weather has been unfavourable. We fail to understand the reason behind the delay in procurement.”

The BKU activists took out a token protest march on Barara road and raised slogans against the state government to mark their resentment.

Meanwhile, hundreds of quintal paddy stock got drenched in the grain markets in Ambala, resulting in an increase in the moisture content of the produce.

An official of the market committee said: “Owing to the strike of commission agents, the produce was lying in open. Though the farmers and labourers tried to cover the produce, the stocks still got drenched.”