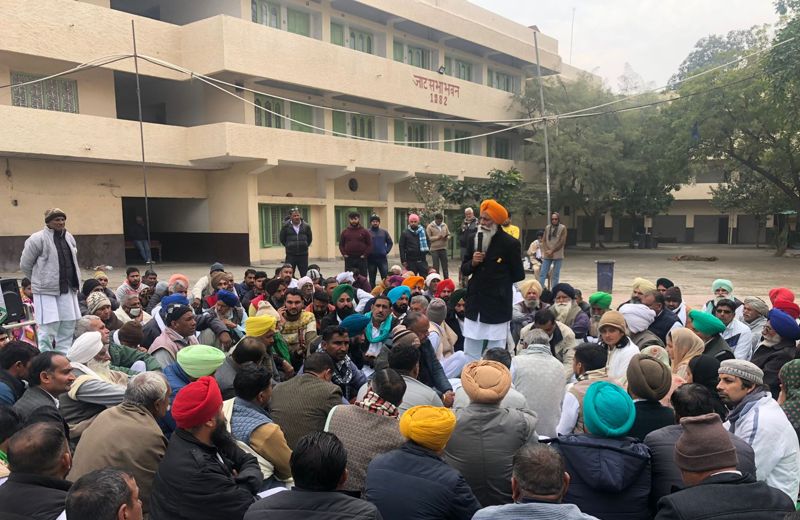 Bhartiya Kisan Union (Charuni) chief Gurnam Singh Charuni today said that Haryana farmers would oppose BJP candidates in Uttar Pradesh and Uttarakhand in the Assembly elections. They would campaign for the candidates of Sanyukt Sangharsh Party (SSP) who are contesting on 10 seats in Punjab.

Charuni held a meeting with the state body of his union at Jat Dharmashala in Kurukshetra on Wednesday.

To campaign for SSP in punjab

Farm activists will campaign for the Sanyukt Sangharsh Party candidates in Punjab Assembly elections where we have announced candidates on 10 seats. We have an alliance with Sanyukt Samaj Morcha in Punjab. Duties are being assigned to activists for the campaign. —Gurnam Singh Charuni, BNKU (charuni) chief

Speaking to mediapersons, Gurnam Singh Charuni said, “A meeting was held to decide the future course of action. It has been decided that farm activists from Haryana will oppose the BJP in Uttar Pradesh and Uttarakhand in the Assembly elections.

“We will appeal to the farmers and labourers of Uttar Pradesh to avenge the killing of farmers in the Lakhimpur Kheri incident and also the deaths of over 750 farmers during the farm agitation. The BJP has not fulfilled its promises. We have to vote against the BJP to pay tribute to the deceased farmers and help the farmers who have been booked in the Lakhimpur Kheri incident. The voters will be asked to give their votes to good candidates of their choice and boycott the BJP.

“The farm activists will campaign for the Sanyukt Sangharsh Party candidates in Punjab elections where we have announced candidates on 10 seats. We have an alliance with Sanyukt Samaj Morcha in Punjab. Duties are being assigned for the campaign. Our aim is to bring the right people ahead and purify politics,” he added.

To a query, Charuni said, “Rakesh Tikait has contested elections twice. The comrades also contest elections. Yogendra Yadav has his own party and there are many others in the Samyukt Kisan Morcha who have contested elections. Moreover, the SKM was formed to raise the issues of the three farm laws and minimum support price. It was formed on a minimum agenda and not on all the agendas of this world. Every organisation has the right to contest or not contest elections.”