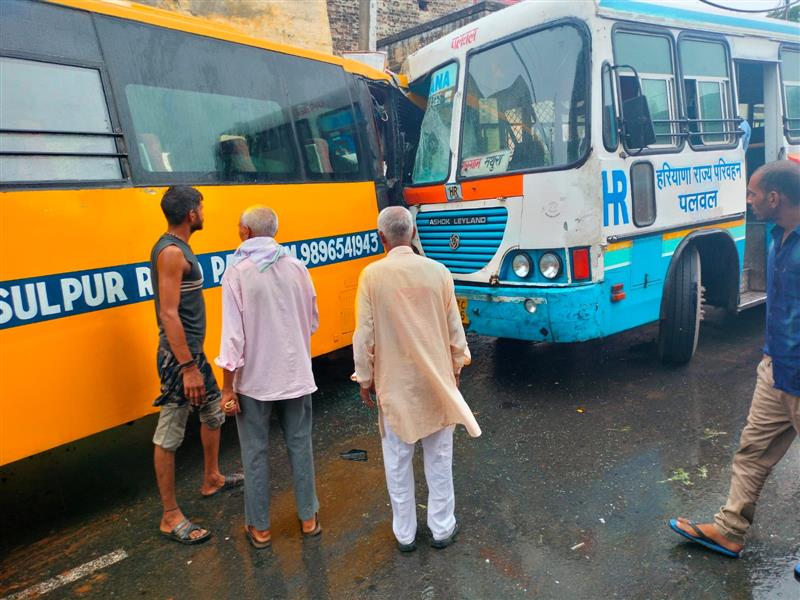 A roadways bus and a schoolbus collided in Palwal on Wednesday. Tribune photo

A roadways bus and schoolbus collided near Gughera village of the district today, leaving 20 passengers, including school students, injured.

A majority of the injured were discharged after primary medical care. No case has been registered so far.

According to the police, the collision happened around noon when the schoolbus of a private school of Rasoolpur village was on its way Sohna.

The collision resulted in serious injuries to the drivers of both buses. Twelve students and six passengers of the roadways bus also received injuries. The condition of those receiving treatment are stable, the police said.