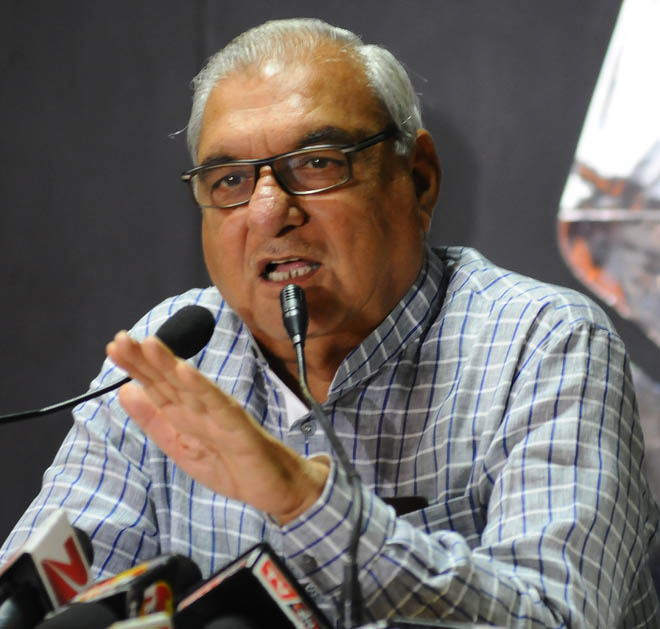 “The charges were framed against Hooda under Sections 420 (cheating) and 120-B (party to criminal conspiracy) of the Indian Penal Code and under Section 13(1)(d) of the Prevention of Corruption Act,” a defence lawyer said.

Hooda was present in the court when charges were framed.

On Thursday, arguments on Hooda’s discharge application and the framing of charges had been completed before the court in the case.

Hooda’s application in the court seeking discharge from the case had been rejected.

The counsel said the case will now come up for hearing on May 7.

Hooda and Congress leader Moti Lal Vora, who passed away recently, had been named as accused in the case.

The Central Bureau of Investigation had in December 2018 filed a charge sheet against Hooda and Vora, then chairperson of AJL, in connection with alleged irregularities in the re-allotment of a plot in Panchkula.

The agency had then claimed that the re-allotment of the plot to AJL caused a loss of Rs 67 lakh to the exchequer.

The CBI had said that the AJL was allotted a plot of land in Panchkula in 1982, on which no construction took place for 10 years after which the Haryana Urban Development Authority then took back possession of the plot. However, in 2005, the same plot was allotted at the old rate to the AJL allegedly in violation of the norms.

As the chief minister, Hooda was the ex-officio chairperson of the authority.

The Enforcement Directorate too had been probing the case and had earlier filed its charge sheet in a case of alleged irregularities in land allotment to the AJL in Panchkula.

The agency charged that Hooda allotted the pot to AJL by “blatantly misusing his official position”.

The former Haryana chief minister, it alleged, “dishonestly allotted the said plot afresh in the guise of re-allotment to the AJL at original rates plus interest in violation of necessary conditions and policy of HUDA (Haryana Urban Development Authority) vide order dated August 28, 2005.”

The ED had filed a criminal complaint of money laundering in this case in 2016 based on a CBI FIR, which had taken over investigation into the case at the request of the BJP government of Haryana, and criminal FIRs filed by the Haryana Vigilance Bureau. PTI