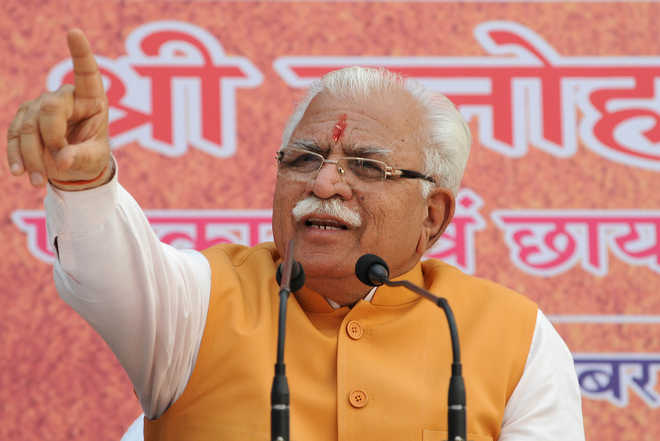 The Centre has given approval in principle to the Haryana government’s proposal to develop a “Cultural Centre” at Kurukshetra, and agreed to increase the scale of the International Surajkund Craft Mela.

This was at a meeting between Haryana Chief Minister ML Khattar and Union Tourism Minister G Kishan Reddy on Saturday in which progress of tourism related projects were reviewed.

Reddy was made tourism minister during the recent reshuffle of the Union Council of Ministers.

During the meeting, Khattar urged Reddy to expedite the ongoing projects and also made demands for new ones in line with the Haryana government’s focus to make the state a leading tourist destination.

Officials privy to the meeting said the Centre has agreed to the state’s demand to set up the country’s second North Zone Cultural Centre. One such centre exists in Patiala in Punjab.

In the meeting, the Tourism Ministry has agreed to expand the scale and grandeur of the Surajkund Crafts Mela.

The state government has been given permission to prepare proposals for projects based on the Public-Private-Partnership (PPP) model.

Khattar apprised Reddy that the state government has submitted a detailed proposal to the ministry for setting up the proposed world class, state-of-the-art museum based on Lord Krishan, Gita and Mahabharatha in Jyotisar in Kurukshetra.

The proposed projects, including museum based on Indian classical music in Pinjore, museum in the Raja Nahar Singh Palace in Ballabgarh and a “heritage circuit” at Mahendergarh figured during the meeting of the two leaders.

Reddy appreciated the works done by Haryana government with regard to tourism projects and assured all Central help.