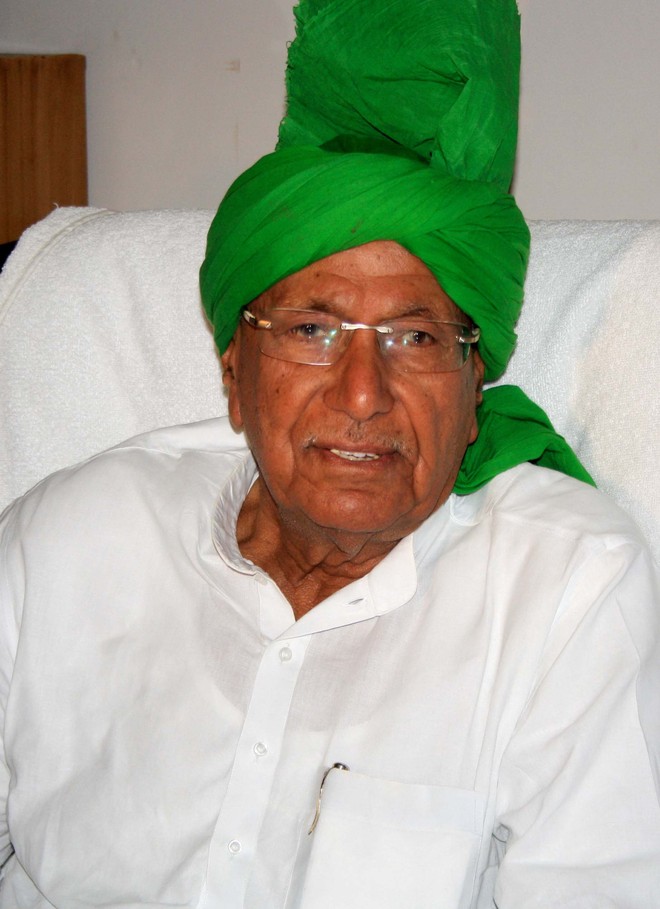 The re-entry of former Haryana CM and Indian National Lok Dal supremo Om Prakash Chautala on the political scene is all set to change the way Jat politics plays out in the state.

Chautala, serving a 10-year prison term in the teacher recruitment scam, is presently out on parole and will be freed from Delhi’s Tihar Jail as soon as he surrenders before the jail authorities.

His release comes in the wake of the Delhi Government granting him a six-month remission of sentence amid Covid. He has already served over nine-and-a-half years of his jail term.

In Haryana, his release is being watched with interest since the state has always been divided along the caste lines and between Jat and non-Jat voters.

no MLA in Assembly

Its lone MLA Abhay quit in the wake of farm protests

In his absence, the vacuum in the Jat leadership was filled by Congress leader and former CM Bhupinder Singh Hooda as also Chautala’s grandson Dushyant, who is Deputy CM in the BJP-JJP government. Whether he can regain the lost ground is the biggest challenge for him. The INLD is presently unrepresented in the Haryana Assembly after the lone sitting member and Chautala’s son (Abhay Chautala) resigned in the wake of farmers’ protests.

The 86-year-old leader will need to consolidate his vote bank of farmers and Jats. He has the onerous task of rebuilding the INLD, which has completely lost out to the breakaway faction, the JJP.

In the backdrop of the farmers’ protests, it remains to be seen how the INLD supremo uses the platform to further galvanise the movement and bring the INLD into reckoning. Whatever gains the party makes will be at the cost of the JJP and the Congress. The upcoming panchayat polls in the state will be his first test.