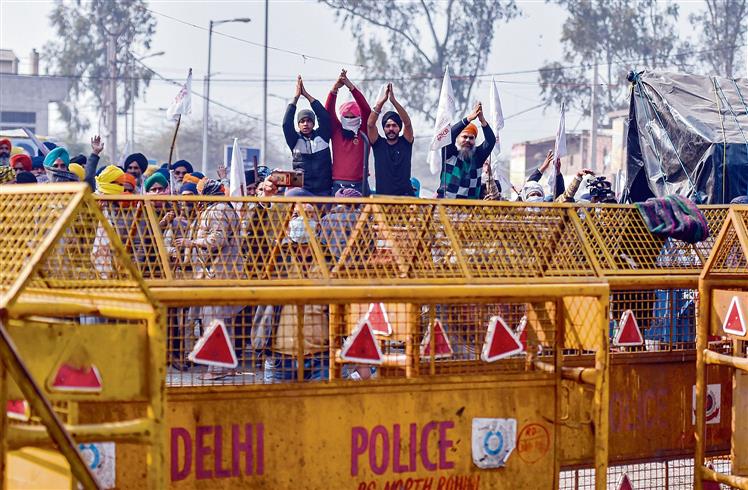 Farmers as well as the government, demanding that one side of the NH-44 should be vacated.

The standoff between agitating farmers and local villagers continues to persist over barricades put up on the National Highway-44 in the Singhu border area by the protesters.

At a mahapanchayat held today in Sersa village of the Kundli area in the district, villagers served a week’s ultimatum on the farmers as well as the government, demanding that one side of the NH-44 should be vacated.

The villagers held the mahapanchayat under the banner of Rashtrwadi Ekta Manch, represented by residents of a dozen villages from the district and Delhi.

Ramfal Saroha, a member, said their business was affected as the road was blocked for the past seven months. “If the farmers do not vacate one side of the highway, we will hold a mahapanchayat in Delhi to decide the next course of action. Villagers can also come out on the streets over their problems,” he added.

Hemant Nandal, who presided over the mahapanchayat, said a decision was also taken to remove barricades put up on village roads and a committee would be formed to ensure peace in the area.

The Samyukt Kisan Morcha, in turn, accused the BJP-JJP government of hatching a conspiracy to defame the “peaceful” farmers’ protest.