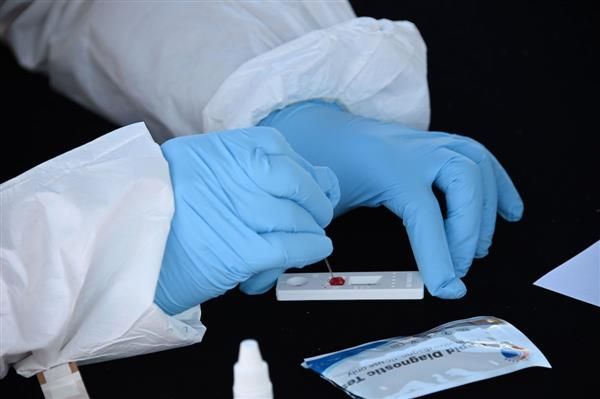 Health and Family Welfare Minister Anil Vij today said in view of possible resurgence in Covid infections, a mock drill will be conducted in the state on December 27.

Apart from this, arrangements of flu corners will be made in every state hospital so that infected patients can be isolated there.

Vij interacted with Union Minister for Health and Family Welfare Mansukh Mandaviya through video-conferencing today. He said the Centre had taken several measures to fight the new variant of Covid. He said at state level, various instructions to the officers of the department had been issued.

The Health Minister further said they had adequate arrangement of RT-PCR labs in the state. A total of 26 RT-PCR labs are functional in 22 districts. He said orders had been issued to all healthcare workers to wear masks and gloves from today and take precautionary measures.

He said orders had also been issued to conduct genome sequencing in the state and the department was following the test-track-treat method and vaccine procedure to fight the infection.