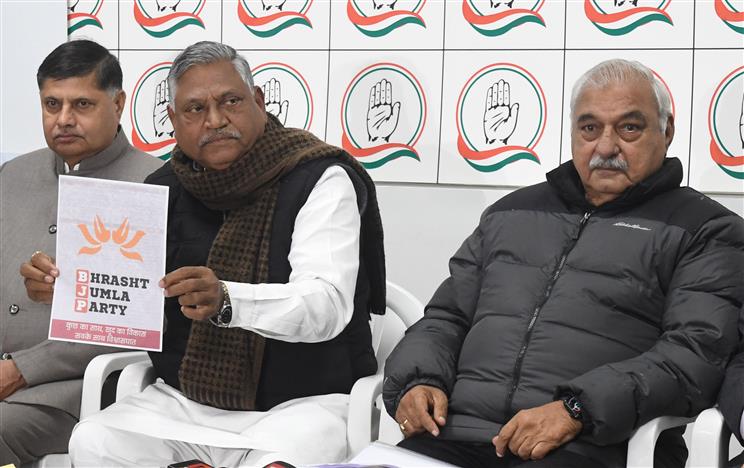 The Congress is gearing up to launch the “Haath Se Haath Jodo” campaign across the state on January 26. State Congress president Udai Bhan said the campaign would highlight how electoral bonds become “hafta vasooli” and how a businessman, in whose plane Modi reached Delhi before becoming the Prime Minister, has become richer.

A chargesheet was also released on the occasion, alleging that thousands of crores of public money were spent on Modi’s image-building.

All senior Congress leaders, including Members of Parliament (MPs), Members of Legislative Assembly (MLAs) and former MLAs will be meeting on January 25 to discuss the strategy of the campaign that will run for two months, added Bhan.

Former Chief Minister and Leader of the Opposition Bhupinder Singh Hooda said the government was weakening the Panchayati Raj system by imposing e-tendering on sarpanches. “The government’s negative attitude towards panchayats and villages became evident when it repeatedly postponed elections. Eventually, elections were held on the orders of the court and the sarpanches were elected. Now, the government does not want to allow them to work. The sarpanches need to be trusted,” said the former Chief Minister.