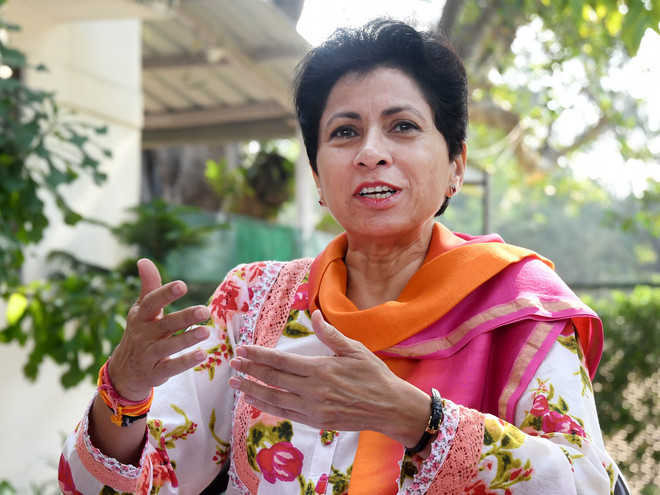 A day after the BJP’s oldest ally Shiromani Akali Dal quit the ruling alliance, the Congress demanded that all NDA supporting outfits should join hands to oppose the three farm related Bills which, it said, would prove a death knell for Indian farmers.

The Congress fielded organisational chiefs of Haryana and Punjab, Kumari Selja and Sunil Jakhar respectively, to urge all parties to join forces against farm Bills the way the parties opposed the land acquisition Bills forcing its withdrawal.

Selja and Jakhar also said all parties that offer issue based support to the BJP should “open their eyes and join forces with the farmers”.

“The soul of Choudhary Devi Lal must be cringing today to see JJP’s Dushyant Chautala supporting the BJP on black Bills that will turn farmers into bonded labourers,” Jakhar said.

Jakhar also took the occasion to attack the Akali Dal for “opportunism” saying the Akali Dal did not leave the NDA but was forced to quit.

“The PM and BJP leaders did not even once nudge Harsimrat Badal to return once she resigned from the Cabinet. No one gave time to the Akalis to even meet and they had to quit the NDA,” said Sunil Jakhar.

Derek - your stand against the #AgricultureBills in parliament is well known. Appreciate your support.@derekobrienmp https://t.co/PcvQ3mmPco

Jakhar also said that the Akali Dal and JJP are both agriculture dominated parties and today both dragged their feet on opposition to the farm related ordinances which eventually became Bills.

Selja also said both Devi Lal and Akali Dal patriarch Prakash Singh Badal were like co brothers and just as Akalis have quit the NDA, the JJP should also quit BJP ruling alliance in Haryana.

“The JJP must quit the BJP government in Haryana because JJP always spoke for farmers in the state,” Selja said.

The former Union minister earlier said the whole country watched the way black laws were passed by the government.

“The BJP used brute majority to throttle democracy, and broke the back of farmers who are the spinal cord of Indian food chain. The Congress has regularly opposed these Bills and we are fighting with farmers. The government wants to leave farm welfare to private players. If government leaves farmers to the mercy of corporates, the sector will be emaciated.”

She slammed the Akali Dal for “enacting a drama by quitting NDA”.

Selja appealed to all parties including parties supportive of BJP — YSRCP, TRS, JDU, LJP included — to come and stand with farmers.

“Don’t shut your ears to farmer voices. NDA allies and others who are their supporters in Bihar — JDU, LJP — will be asked to answer. Bihar elections are due and farmers are already high and dry due to abolition of the APMC Act in Bihar in 2006. The farmers will be reduced to bonded labour and slaves. Experiment has failed in Bihar. The country will not spare these NDA allies if they don’t take a stand against anti farmer BJP,” said Selja asking the RLP in Rajasthan to also rethink.

She said in Haryana, JJP‘s Dushyant Chautala should also open his eyes.

“Don’t delay your decision to walk out of the BJP in Haryana. How can you be silent? Haryana farmers are asking questions,” Selja said to Dushyant.

Jakhar called farm Bills slow poison and said the real impact of a weakened MSP will surface after states like Bihar, Punjab and Uttarakhand go to polls.

“By the time the impact seeps in, it would have spread like slow poison and would be too late to help. These Bills should be called corporate welfare Bills and not farm welfare Bills,” Jakhar said adding that the Bills end state regulation in running agricultural affairs placing the farmers at the mercy of corporates.

The Congress reiterated its demand for the withdrawal of farm Bills urging President Ram Nath Kovind once again not to sign them.