Cremation grounds run out of space in Rohtak district 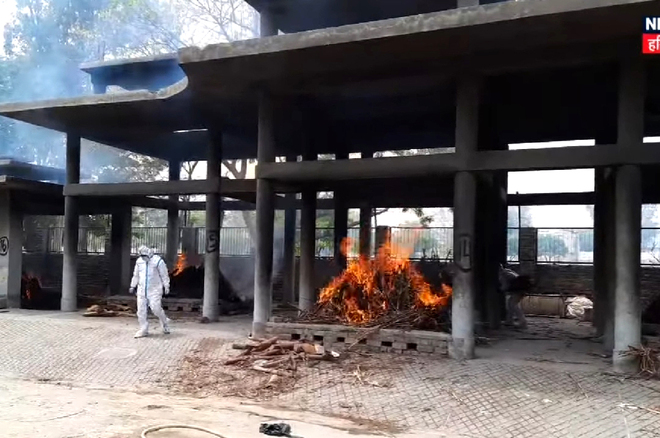 Crematoriums for non-Covid victims in the city are overburdened following a sharp rise in the number of cremations in the past week.

The two main crematoriums — Ram Bagh and Gohana Road cremation ground — have recorded more than four-fold increase in the bodies being brought here for last rites. The bodies are also being disposed of on the ground following non-availability of funeral platforms. It is suspected that the increase might be linked to the Covid pandemic.

In view of the rising numbers, the crematorium managements have asked the bereaved families to collect the ashes the next day to ensure the cremation of other bodies on time. Earlier, the ashes were collected 3-4 days after cremation.

“Before the pandemic, 100 bodies on average were cremated in a month but the situation changed in the past week. Over 100 bodies were disposed of in the past week,” said Surendra Batra, vice-president, Ram Bagh Crematorium Management Committee.

Batra informed that a slight rise in the number of cremations was also witnessed during the first wave of Covid last year, but this time, the increase was four-fold, leaving everyone surprised. The bereaved families now have to seek time for performing the last rites of their loved ones in view of the rush, he added.

A doctor on the condition of anonymity said elective surgeries had been stopped in the PGIMS and a cap had also been imposed on the number of OPD patients in view of the pandemic. “The situation has put everyone, especially poor ones, in a tight spot who are unable to afford costly treatment at private hospitals. Hence, they are compelled to remain at home without proper treatment,” he added.