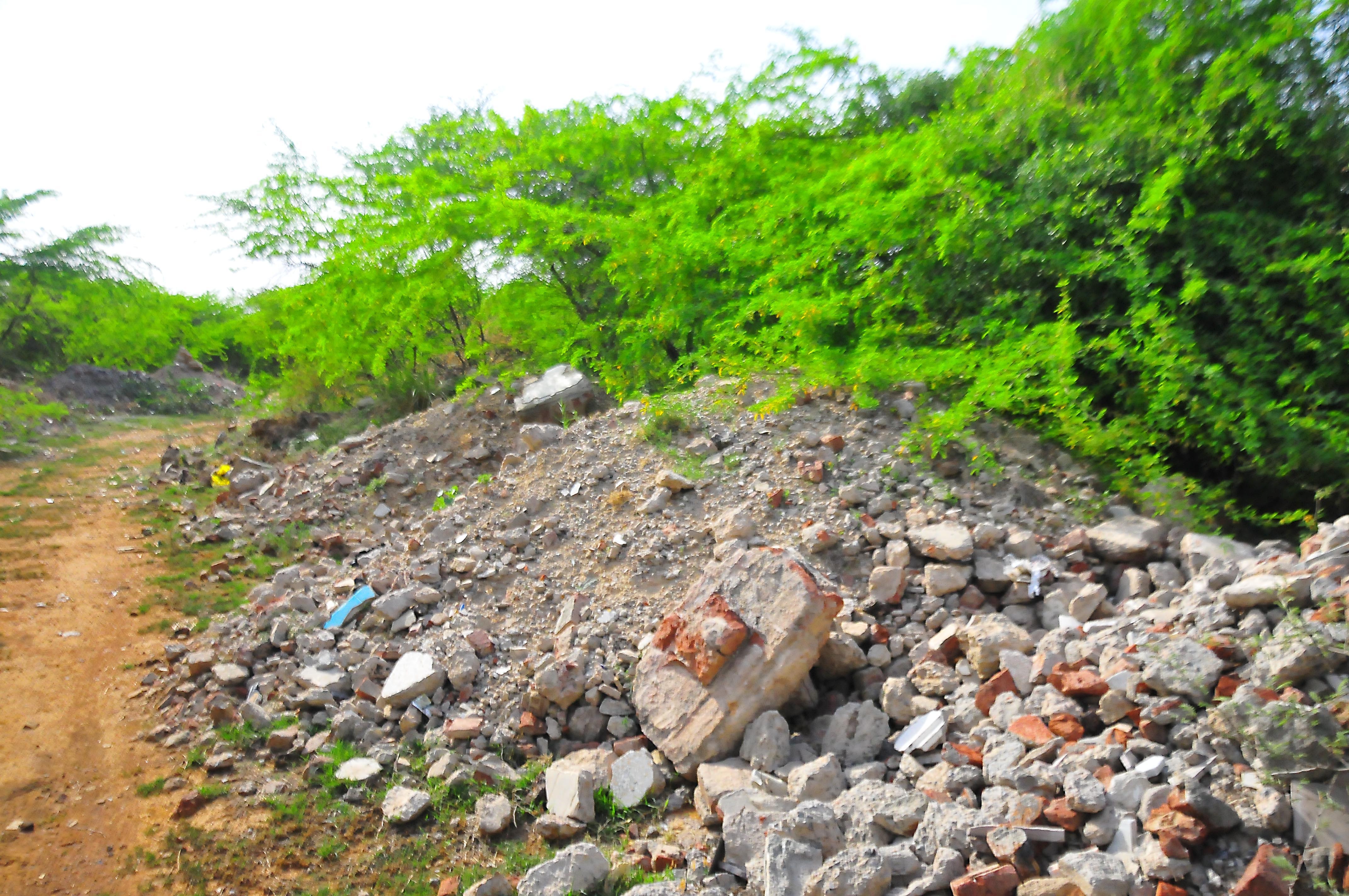 In what has made environmentalists and residents jittery, the Aravallis, surrounding Faridabad and Gurugram, are covered with construction and demolition waste debris, which is blocking storm water drains, raising the threat of flash floods in the two places in the monsoons.

At present, the creeks are all dried up due to summer, but these serve as storm water drains in monsoon. These have been choked to brim with construction and demolition waste. When it rains, water will flood Gurugram and low-lying areas of Faridabad. Ravinder Dhar, aravalli range villager

The latest addition to the complaints is of illegal demolition of portions of the perimeter fence of the 392-acre Aravalli Biodiversity Park and the dumping of the construction waste that has been placed within the protected area in mounds and along the creeks.

Parts of the fence have been taken down near the DLF-3 area of the park to allow the movement of the vehicles that bring in the construction debris. The park concerned was declared a protected area in 2010. It has around 1 lakh trees and serves as lungs and major groundwater recharge zone for the twin cities of Gurugram and Faridabad.

The Centre tagged it as “Other effective area-based conservation measures”, which recognises preservation efforts in regions that fall outside forests.

“This area was protected green, but even it was broken. Every day, we see tractors, we hope these have come to clean and clear the debris like in 2020, but no, these come every night to dump construction and demolition waste. We make complaints, submit videos, but nobody cares,” said Ravinder Dhar, a resident in one of the Aravalli villages.

“The Aravallis are being concretised not by construction, but by debris. They are blocking drains, killing soil, flora and even fauna.”

“The dumping mafia is roaming freely for the lack of enforcement and any time you move around the Gurugram-Faridabad road, you can see heaps of debris. If not cleared, both places will be hit hard during this monsoon,” said Jatinder Bhadana of the Save Aravalli Trust.

The Aravallis, especially the stretch between Gurugram and Faridabad, has for the past eight years served as dumping ground for around 7,000 construction projects at any given time.

Gurugram generates an average of 300 tonnes of debris every day. Ever since 2012, 75 sites across the city served as illegal dumping ground with Aravallis being biggest and most affected. What raised hopes was when in 2020, the Gurugram MC, led by IAS officer Vinay Pratap Singh, decided to catch the bull by the horns during the lockdown. The authority with help of its contractor went on to remove lakhs of tonnes of construction and demolition waste in the past seven months, making it the highest annual clearing-ever in the NCR. The amount stood at meagre 4,643 tonnes in 2019. The move won laurels and made to the NITI Aayog’s report, asking other cities to follow suit, but this was short-lived as the authority grew lackadaisical in 2021 and ever since, the Aravallis are going down the drain.