Of sanctioned strength of 78, only 18 personnel have joined on deputation to carry out anti-mining raids 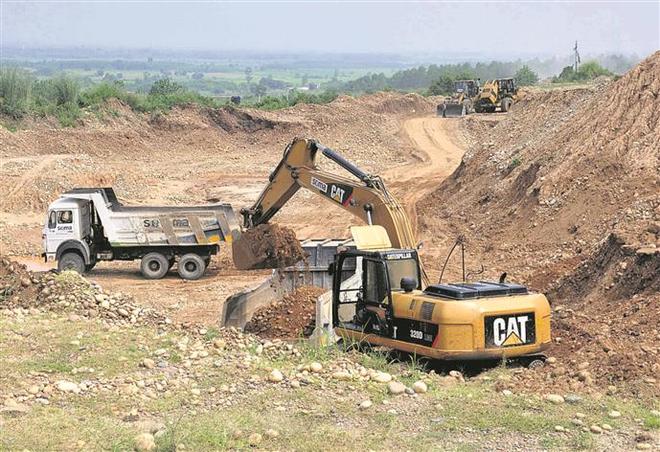 A total of 78 police personnel were sanctioned to join the Mines and Geology Department on deputation in 2021 for carrying out raids to stop illegal mining, but just 18 joined. Despite the department requesting the Haryana Police thrice to send the remaining 60 personnel, none has joined, not even after DSP Surender Bishnoi’s murder.

Sources in the department said the letter was sent to the Haryana Police on July 22.

Sources in the department said these personnel were deployed with officials in areas where maximum mines were located, including Yamunanagar, Sonepat, Charkhi Dadri, Mahendragarh and Bhiwani. None of the police personnel had been deputed in Gurugram and Nuh. In case the police provided the remaining 60 personnel, they could be deputed in Nuh, the sources said.

Haryana DGP PK Agrawal said, “The police are providing all assistance to the mining department wherever it is required. We have carried out extensive search and cordon operations across Nuh based on intelligence inputs. We have acted on complaints and are taking action on the inputs provided by the department.” Meanwhile, the department has started verification of all crusher units, stocks and screening plants in Nuh with a team of four officers, including an assistant mining engineer of Sirsa and a mining officer from Rewari.

As per an order of the mining department, dated July 26, officials will check the existing stock and the source; whether the material has been procured legally; they will also check material from outside Haryana and crusher units, stocks and screening plants located closer to the area affected by illegal mining.

The same exercise is being carried out in Palwal and Faridabad.

The mining department in Gurugram, which also looks after the entire Nuh area, is understaffed. Against the sanctioned strength of 10 mining inspectors, the department has just three, while against 25 guards, it has just 10.

Nuh police have arrested two more in the DSP Surender Singh killing case. Of the 12 accused, 11 have been arrested.

The police are providing all assistance to the mining department wherever it is required. — PK Agrawal, Haryana DGP