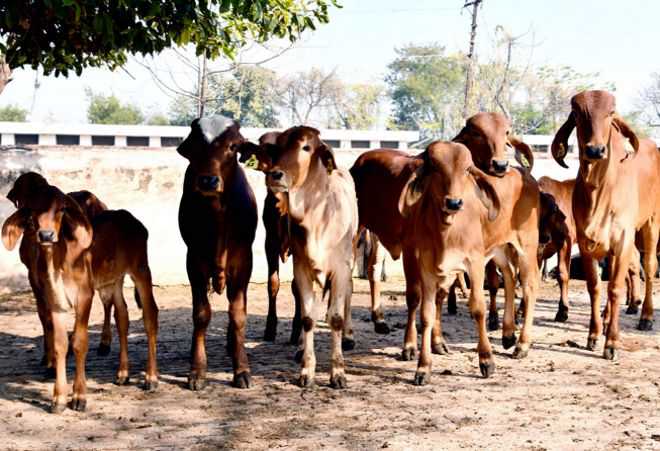 Scientists of the National Bureau of Animal Genetic Resources (NBAGR) have completed the decoding of DNA (genome) sequence of all 50 registered breeds of indigenous cattle in the country.

The scientists took around two years for collection, sequencing and analysing 50TB (terabyte) DNA data of 860 animals of the registered breeds by using bio-informatics tolls. The say each cattle has a genome size of 2.78 GB (gigabyte).

During this period, scientists Dr RK Vijh, Director, NBAGR, and nodal officer of the National Bovine Genome Centre (NBGC), a part of the NBAGR, Dr Upasana Sharma, Dr Prerna Kapoor and Dr Meenal Raheja identified as many as 40 million molecular markers that are helpful in the selection of good germplasm for the enhancement of milk yield.

The project was launched in 2018 under the Rashtriya Gukul Mission of the Department of Animal Husbandry, Dairying and Fisheries.

As per the scientists, it is the first time when the indigenous cattle have been sequenced at such a massive scale as all breeds across the country have been included in the study.

He said they studied the genome of each animal 20 times to determine its qualities. Dr Vijh said now they had a genome database that could be used for implementing genomic selection in India to enhance the productivity of indigenous cattle breeds. “It will help in determining the demography, past history, variability, and structuring of indigenous cattle,” he added. The scientists aim to design a high-density chip of molecular markers that would also help in the selection of elite germplasm of the indigenous cattle.