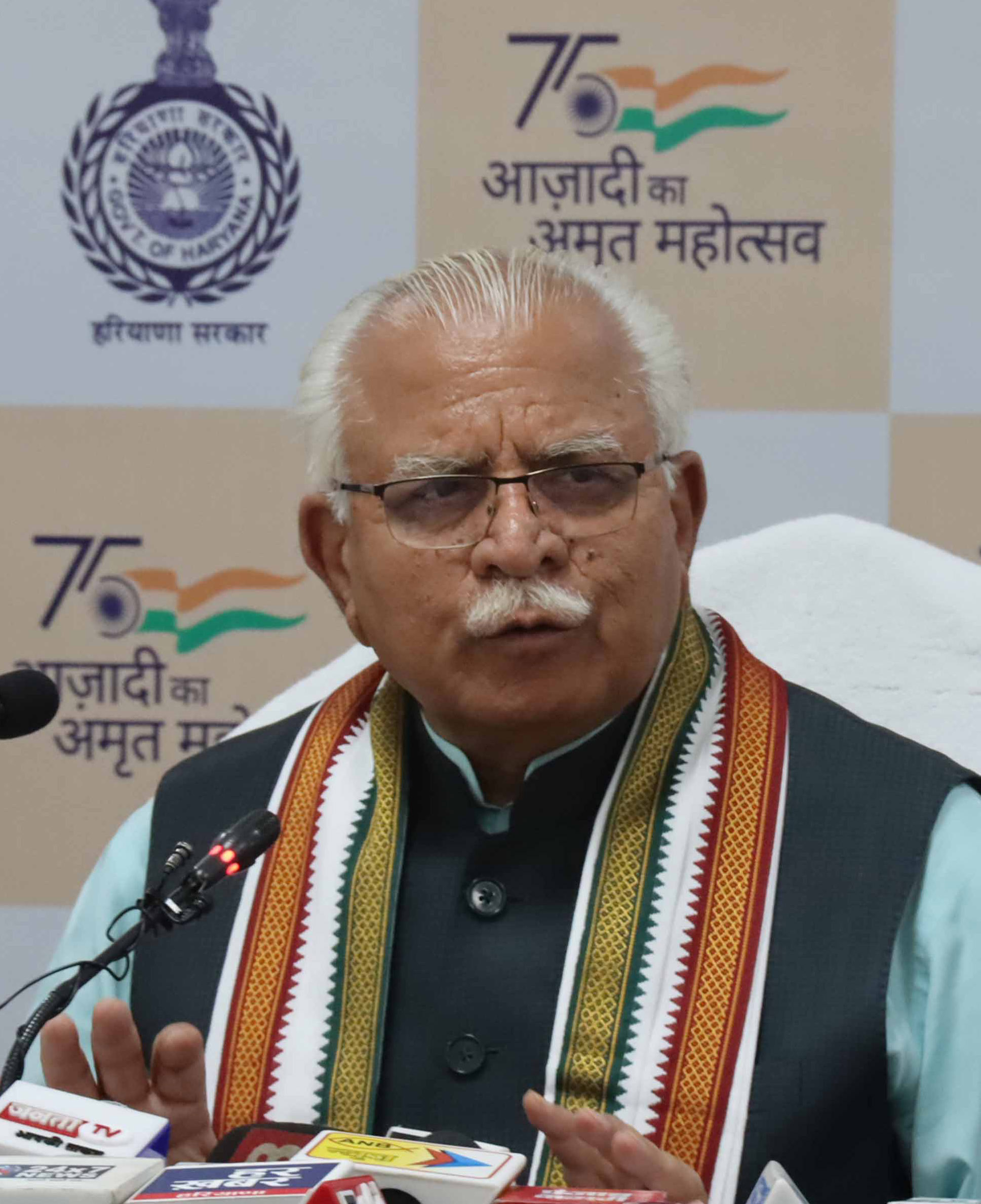 Advising the Delhi Government against indulging in “petty” politics on the issue of water sharing, Haryana Chief Minister Manohar Lal Khattar today said that, at present, Haryana is releasing more than 1,049 cusecs of water to Delhi.

The Delhi Government should convince the Punjab Government to release Haryana’s legitimate share of water at the earliest. I promise that the day Punjab will give us our share, Haryana will increase Delhi’s current water share, but if Delhi does politics, we can do ‘bigger’ politics. — Manohar Lal Khattar, Chief Minister

“We can’t deprive Haryana of its water and give Delhi more than its legitimate share. Instead of doing petty politics, the Delhi Government should convince the Punjab Government to release Haryana’s legitimate share of water at the earliest. I promise that the day Punjab will give us our share, Haryana will increase Delhi’s current water share, but if Delhi does politics, we can do ‘bigger’ politics,” Khattar said while addressing a press conference here today.

“Time and again we have clarified that Delhi is getting its legitimate share. The Delhi Government should understand that it is not the responsibility of Haryana alone to meet their drinking water requirement. Like us, they too can plan on formulating water management schemes,” he said.

While maintaining that the state had enough power to meet its demand, the Chief Minister said there was power shortage of up to 1,800 MW due to the non-availability of power from multiple sources and as summers too had arrived earlier.

“There is also a plan to set up power plants outside the state. We are in touch with the central government for the purchase of a plant in Nasik,” he said, adding that the state had adopted power saving methods, including distribution of 1.56 crore LED bulbs.

While stating that Haryana was all set to host the upcoming Khelo India-2024 competitions to be held from June 4 to June 13, the Chief Minister said the schools from Classes I to XII running in one building across the state would be merged into one.

“The heads of these schools will also be the same. Along with this, teachers will also be rationalised soon. The government is going to make a new system in this regard soon,” he said.

The CM said not only in Haryana but also abroad, no state had distributed 5 lakh tablets to the students at the same time. The state government has provided tablets with personalised adaptive learning (PAL) at a cost of Rs 650 crore. “Five hundred Model Sanskriti Schools are being opened across the state. In some places, there is a queue of students to take admission even before they open,” he stated.

The Chief Minister said the online transfer of teachers who had been suspended for the past two years would also be opened soon.