Commuters are facing an inconvenience due to the blockades 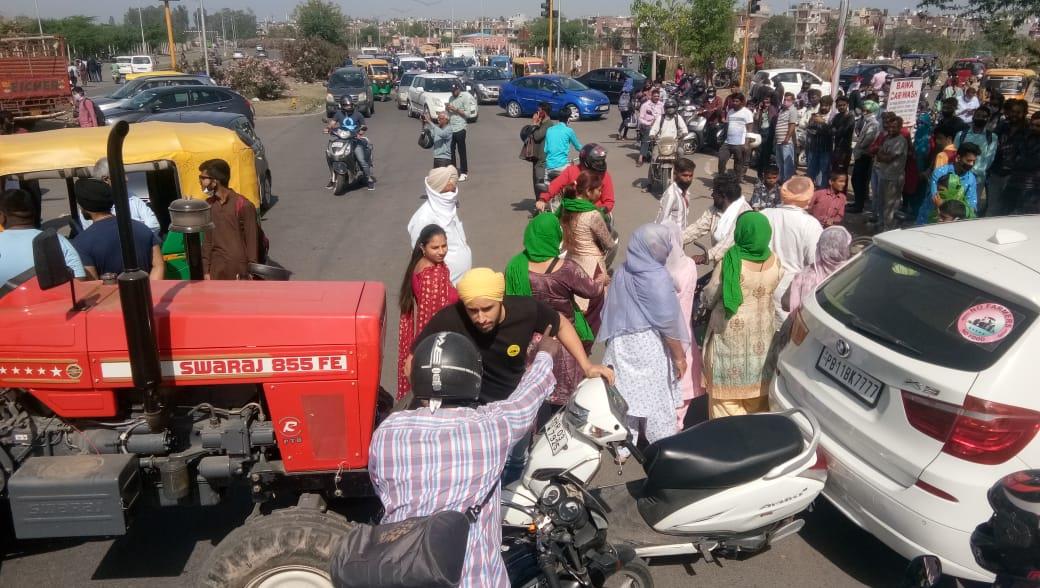 Amid the nationwide 'Bharat Bandh', the Bhartiya Kisan Union (Charuni) Gurnam Singh on Friday has advised the farmers—who have blocked National Highways—to not stop local commuters, milkmen, and water tankers.

"On the call given, you have actively participated in the 'Bharat Bandh' in Haryana, but there have been complaints, that even sick people are not being allowed to travel, and milkmen and water tankers are being stopped".

"I request you don’t stop sick people, and those travelling in emergency cases such as in case of death. Don’t stop local commuters, milkmen, water tankers, army vehicles and other essential services. You are doing well. We are protesting against the government. We have been struggling for the common people, so I request you to don’t displease them,” said Gurnam Singh.

Farmers in Ambala have blocked the Delhi-Chandigarh National Highway, and Railway Track near Shahpur village, has also blocked NH-344 near Hema Majra village in Mullana, and roads in Karasan, and Saini Majra besides blockade at toll plazas.

Commuters are facing an inconvenience due to the blockades.