Dumping of debris resumes in Aravallis 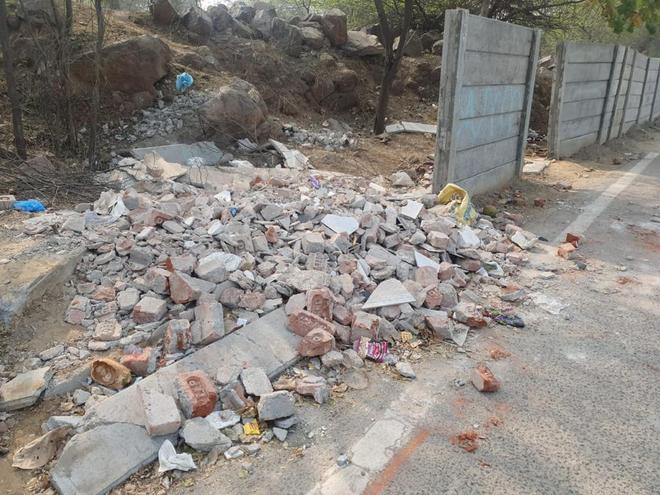 Five months after it was cleared of construction and demolition (C&D) waste, the Aravallis has become a dump yard again. The dumping mafia has broken the boundary wall of the patch which was cleared by the Municipal Corporation of Gurgaon’s agency and dumping debris there.

“The entire effort of the MCG to utilise the lockdown to clear several acres of land covered by debris since decades has been defeated. The MCG has stepped down its enforcement and illegal dumpers which had virtually disappeared a few months ago are back,” said noted environmentalist Jatinder Bhadana.

Local villagers have made a complaint to the MCG submitting visuals and seeking immediate action.

“We want better enforcement. It took a lot of effort to get this cleared. It’s killing forest and contaminating our water and soil,” said Pawan Singh, a local villager.

“We have got the visuals and will get the site inspected. We have no tolerance to such illegal dumping and will take stringent action against the culprit,” said a senior MCG official.