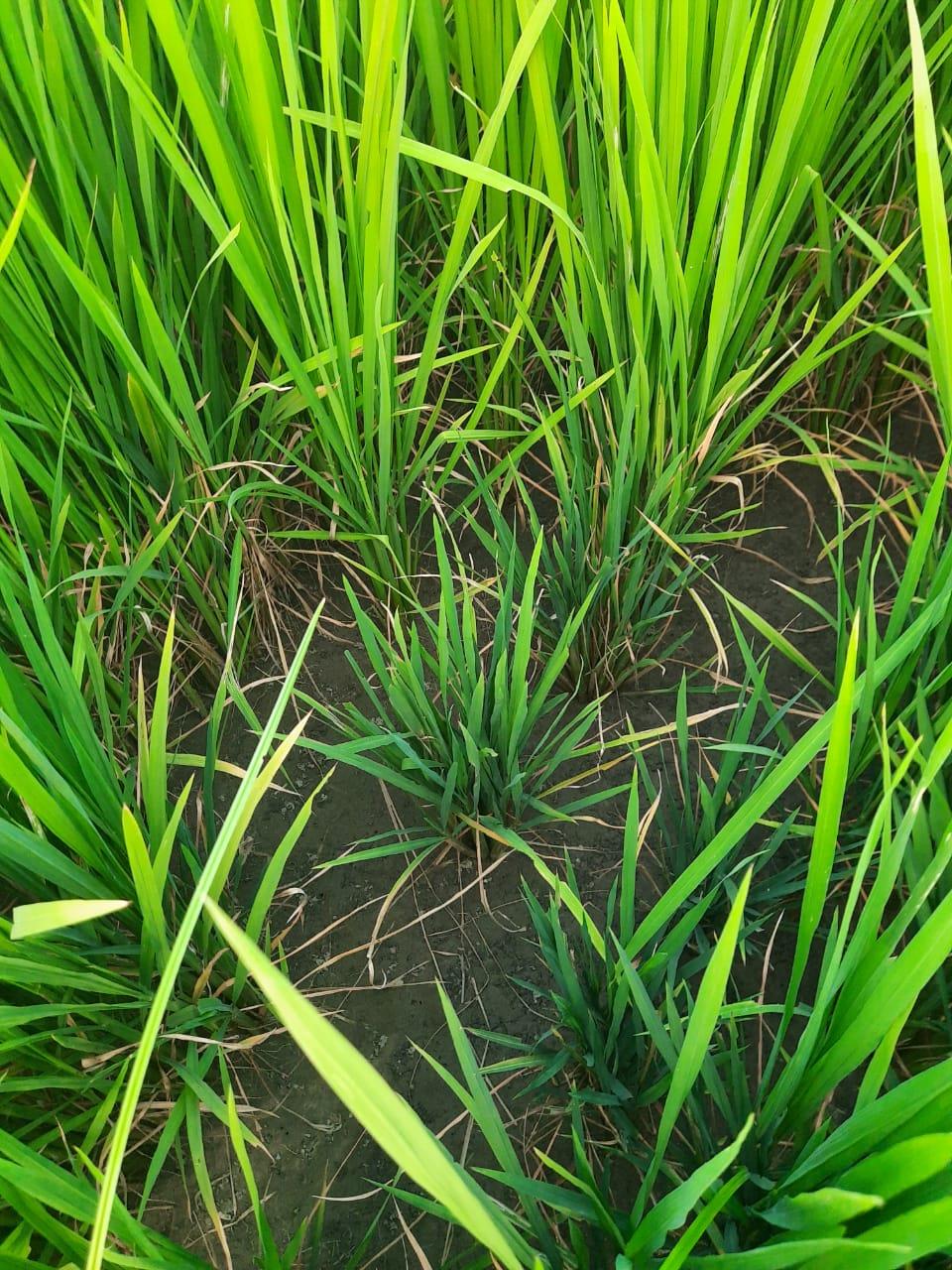 The crop affected by 'stunting' disease in Karnal. Tribune photo

Paddy growers are worried as the crop has suffered serious damage due to the “stunting” disease that limits the growth of plant in terms of the total biomass.

According to experts, the disease damages the roots of the plants, turning them black and stunting their growth, not allowing plants to pull nutrients from soil. They are expecting a loss upto 5 per cent, but farmers say the loss is much higher and they demanded compensation for the loss.

As per the data of the department, around 32,000 acres out of the total paddy planted, 4 lakh acres have been affected with the disease in Karnal district. However, farmers say the effect of the disease is on over 50,000 acres.

A team of the Union Ministry of Agriculture has already visited various affected fields for monitoring the disease. As per experts, Punjab Agricultural University (PAU) has found southern rice black-streaked dwarf virus (SRBSDV) behind stunting.

“The stunting disease outbreak has happened for the first time in the state. We are closely monitoring the fields to keep a close check on its escalation. It may cause a loss upto 5 per cent,” said Aditya Dabas, Deputy Director Agriculture.

Farmers claimed that last month, the cases were reported to the authorities concerned, but no attention was given. Experts claim that almost all varieties have been affected.

Dr Virender Singh Lather, former principal scientist of ICAR-IARI, suspects the rice grassy stunt virus in northwest India to have transferred from southern India as a result of spurious hybrid rice seed produced by some private companies there. The direct seeding of the rice (DSR) technique and the application of the restricted irrigation, alternatively to the water-guzzling transplantation of paddy crop, must be practiced against the virus growth, said Dr Singh.