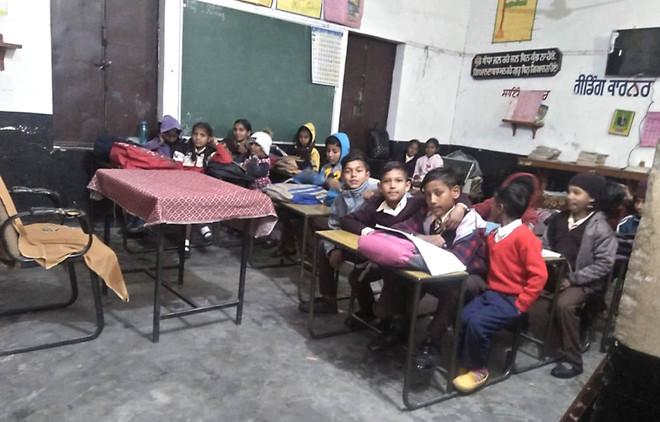 The Directorate of School Education will hold competitions for students of Classes I to V to strengthen foundational literacy and numeracy (FLN). The competition will be held at school, cluster, block, district and state levels.

The students will compete in contests such as counting, reverse counting, tables, odd and even numbers, and fractions. Besides the students, the primary school teachers can participate in the competition.

The district and state-level competitions will be organised from December 1 to 15 and December 16 to 31, respectively.

The directorate, in a press release today, said during a five-day teacher training programme for foundational literacy and numeracy, it came to light that not much attention was being paid to tables due to which the students were lacking in mental maths and Vedic maths.

However, the decision has not gone down well with the primary teachers. They said instead of spending time on extra-curricular activities, focus should be on covering the syllabus.

District president of the Rajkiya Prathmik Shikshak Sangh, Amit Chhabra said, “We are not against the activities but too many activities are also not good.”

He added, “There is already a shortage of staff and the available teachers also get engaged in organising and preparing for different activities. Not much attention is being paid to the basic study and syllabus of the students.”

To begin next month