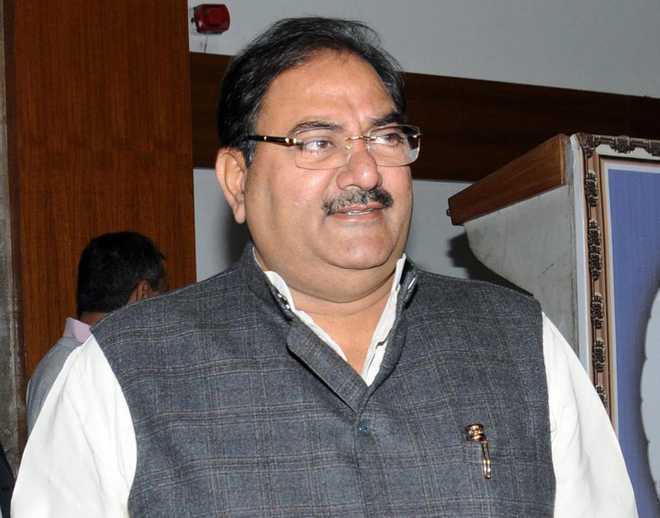 With the announcement of schedule for the bypolls in different states of the country by the Election Commission of India, the stage has been set for a key contest in Ellenabad Assembly constituency of Sirsa district.

The bypoll will be a litmus test not only for the ruling BJP-JJP coalition, but also for the INLD and the Congress. The by-election was necessitated after INLD leader Abhay Singh Chautala resigned from the Assembly on January 27 in support of the ongoing farmers’ agitation.

The INLD after a split in the outfit three years ago was reduced to just one seat – Ellenabad - in the Assembly election in 2019. However, after the release of party supremo Om Prakash Chautala from Tihar Jail on completion of jail term in the JBT recruitment case, the INLD has been trying to resurrect its cadre base by organising party functions across the state.

Abhay is likely to get re-nomination from the party to contest the Ellenabad byelection. He has gained the sympathy and support of the farmers after he kept his word and resigned from the Assembly seat.

The INLD had suffered a setback after Chautala’s elder son Ajay Singh and his sons - Dushyant and Digvijay - formed a separate outfit – Jannayak Janata Party which is in power in alliance with the BJP in the state.

The functioning of the ruling BJP-JJP will be put to test in the by-election. Though both the parties had contested separately in the 2019 assembly polls, they are likely to field a joint candidate in Ellenabad this time. The coalition will also have the advantage of being in power. The state government has also been trying to strengthen its position in Ellenabad.