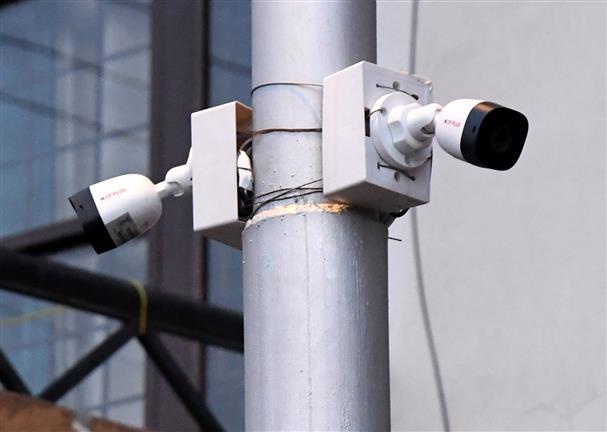 Chief Secretary Sanjeev Kaushal, at a meeting held here today, directed the Gurugram Metropolitan Development Authority (GMDA), and Faridabad and Karnal Smart Cities to keep a strict vigil through CCTV cameras to curb crime, ensure traffic management system, besides ensuring the smooth functioning of public facilities being run by various departments. The meeting was held regarding the plan to install CCTV cameras to establish a robust surveillance system in all cities.

The Chief Secretary directed the officials to use drones for crowd management and surveillance on the National Highways (NHs) in these three cities and to connect these cameras with the integrated surveillance system. Apart from this, directions were given to install a public address system in the market area and increase the number of panic buttons.

While preparing the schemes of other districts for the installation of CCTV cameras and establishing Integrated Command and Control Centre, the Chief Secretary directed the officials of the Urban Local Bodies Department to study various smart initiatives being implemented in Gurugram, Faridabad and Karnal in this regard. Apart from this, the Chandigarh model should also be studied. The draft of this proposal should also be put in the public domain for taking public feedback.

He further said the district police administration in the GMDA, Faridabad Smart City and Karnal Smart City is making full use of this system and other departments should also connect their offices with this system for better monitoring of the work related to the department.

During the meeting, Chief Executive Officer, GMDA, Sudhir Rajpal, told the Chief Secretary that in the first phase, a holistic and integrated video surveillance system had been implemented in the area of the GMDA, under which about 1200 CCTV cameras at 222 locations were installed to monitor main roads and sensitive areas.

During the meeting, a presentation was also shown regarding the Smart Surveillance System being implemented in the Police Department, Gurugram, Faridabad, Karnal and Chandigarh, in which information was given about various best practices being implemented by the Integrated Command and Control Centre in these cities.