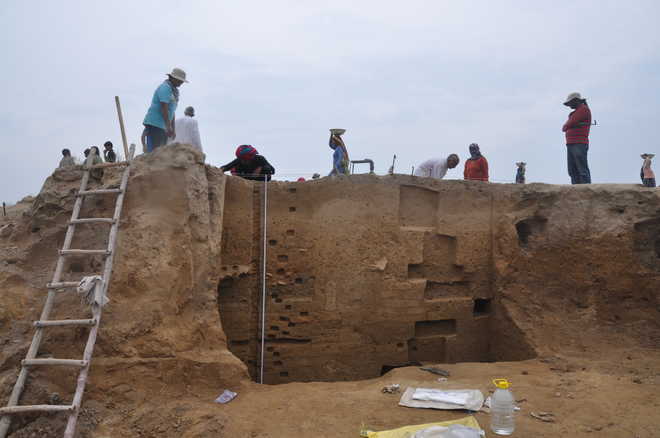 A team of the Archaeological Survey of India (ASI) has restarted excavation at the Harappan site of Rakhigarhi in the district with a team of about 40 employees. - File photo

A team of the Archaeological Survey of India (ASI) has restarted excavation at the Harappan site of Rakhigarhi in the district with a team of about 40 employees.

Dr Sanjay Kumar Munjal, Joint Director General (Archaeology), informed The Tribune that they had embarked on excavation at the mound numbers 1, 3 and partially on mound number 7 which is a burial site. He informed that, so far, there has been no significant discovery but they are likely to get some major breakthrough during the season.

Asked about reports of recovery of a skeleton, Dr Munjal said it was of a child and it appeared to be related to the modern era and not related to the Harappan era. —