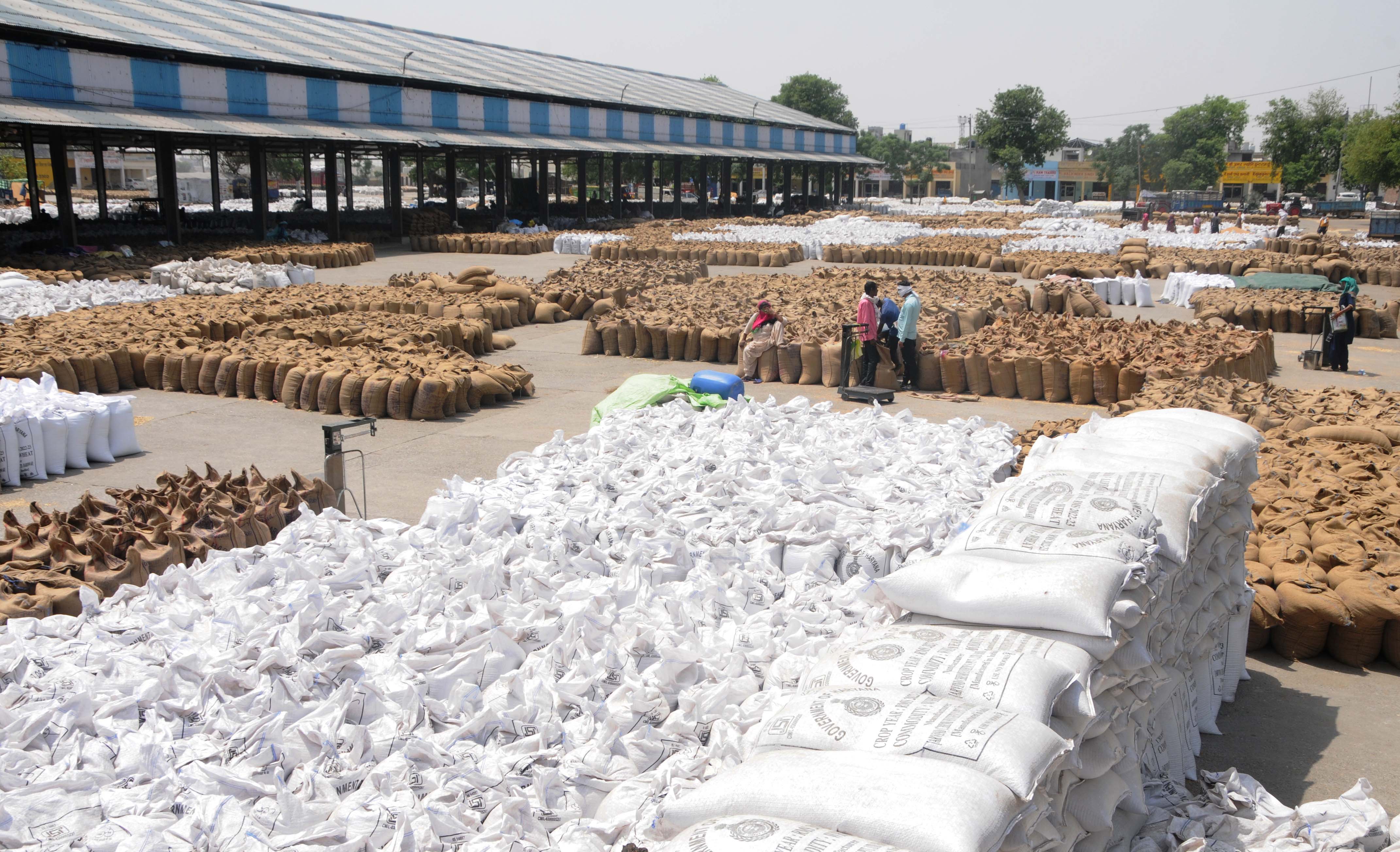 Expecting a surge in export prices in coming days due to the unrest in different countries, private players have started purchasing wheat above the MSP, which is Rs 2,015 per quintal, from the grain markets. They are even procuring it directly from the farmers on higher rates.

The shrinking of grain and procurement by private players directly from fields may be a reason behind the shortfall in the arrival in mandis. Private players are offering farmers Rs 40-50 above the MSP. HSAMB official

The official data of Karnal and Kaithal districts show a rise in private purchase in comparison to the last year.

Moreover, 56.27 lakh quintal of wheat arrived this year in Karnal district till April 18, while it was 60.63 lakh quintal during the same period last year, the data said.

With the maximum purchase of 1.34 lakh quintal wheat, the Kalayat grain market topped the district, followed by Kaithal (89,222 quintal), Cheeka (50,111 quintal), Pundri (5,588 quintal), Rajound (5,063 quintal) and Pai mandi (720 quintal). However, the overall wheat procurement in different grain markets of Kaithal has reduced to a great extent.

Meanwhile, a private player said: “I expect the export rates of wheat will shoot up in coming days, so I have purchased the produce from farmers in the grain market above the MSP.”

Joginder Kumar, a farmer, said he sold his wheat at Rs 2,045 per quintal to a private player. “I am happy that my crop was procured above the MSP and the payment was made,” he added.