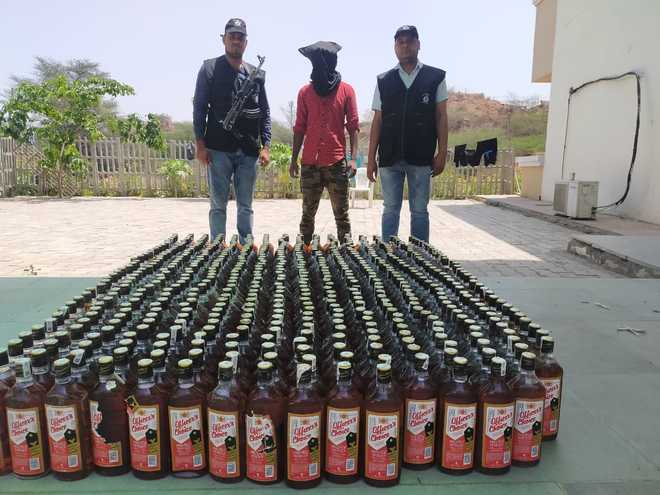 The crime unit of the Manesar police busted a fake liquor racket and nabbed an accused in this regard.

The crime unit of the Manesar police busted a fake liquor racket and nabbed an accused in this regard.

The gang would put fake labels of “only for CSD canteen” on cheap liquor. Forty eight cartons of fake liquor and a Maruti Wagon R car were seized by the police. The accused revealed that he managed to get fake label at Rs 2 and fake hologram at 30 paisa from Delhi which was used on liquor bottles before supply.

The accused was identified as Deepak, alias Monu, a resident of Delhi’s Najafgarh.

During checking, the police recovered 48 cartons of liquor having labels of “only for CSD canteen” and a hologram, which was found to be fake.

An FIR was registered at the Sector 10 police station and the accused was arrested.

“The accused said he used the fake labels and hologram on cheap liquor and then supplied it to Delhi NCR. As CSD canteen liquor is trustable, he made Rs 500 extra on a carton of liquor. The accused revealed that he had been lodged in Tihar jail for some time and nabbed two times in Delhi. He had supplied cheap liquor illegally in Delhi 70 times. We are questioning the accused,” said Preet Pal Singh Sangwan, ACP, crime.