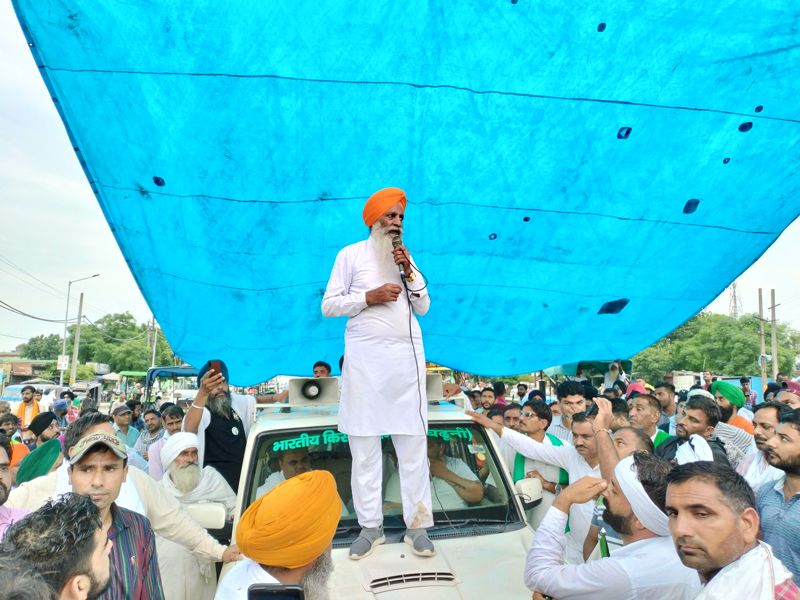 After getting no positive response from the state government regarding their demand, hundreds of farm activists gathered at Shaheed Udham Singh Trust despite rain, held a panchayat and decided to go ahead with the call of blocking the NH.

The admn has held three rounds of talks with farmers, but to no avail. The talks are still on. We have requested them to lift the blockade. Efforts are being made to resolve the matter. Kapil Sharma, SDM

Farmers are already facing losses due to dwarf disease. Now rains have added to their woes. As the govt has decided to start the purchase from Oct 1, the NH will remain blocked till then. Gurnam Singh, BKU-Charuni

Shahabad SDM Kapil Sharma and DSP Gurmail Singh tried to persuade the farmers but they were adamant. As a number of farmers had brought their tractors to block the highway, a heavy police force was deployed and barricades were erected to stop them. But, the barricades were removed by the farmers in no time and no police force was used to stop them. The farmers blocked the highway around 1 pm and it continued till the filing of this report.

BKU (Charuni) chief Gurnam Singh said, “We were left with no option. The government has been delaying the procurement for no reason. If it can start the procurement from October 1, why not today? And why it wants to keep the farmers waiting in the grain markets with the matured crop.

The weather has been unfavourable and untimely rain has already drenched the matured crop.”

“The varieties being grown by the farmers mature early and the arrivals start from the first week of September,” he said, adding the farmers were not going to the lift the blockade until the government announced the procurement of paddy.

The BKU chief also criticised Agriculture Minister JP Dalal for delaying the procurement and making statements against the farmers’ union. In a tweet addressed to Dalal, Charuni said, “The procurement has to be started, else the roads across the state will be blocked tomorrow.”

Meanwhile, the blockade caused inconvenience to thousands of commuters as the traffic was diverted to link roads.

It is feared that data of nearly 3-4 crore patients could ha...