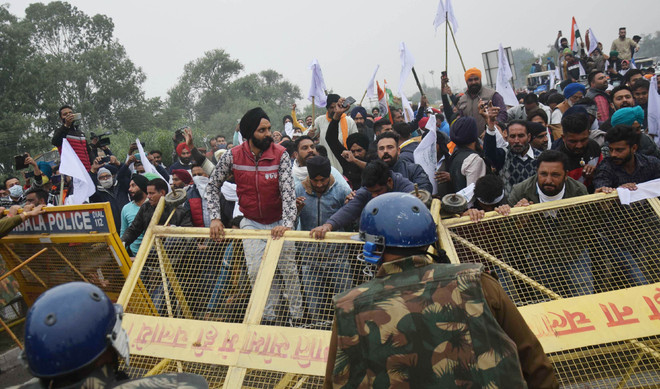 The Haryana chapter of the All-India Kisan Sangharsh Coordination Committee (AIKSCC) — a joint platform of several farmers’ outfits — has strongly objected to the Khattar government’s act of sealing all border points in the state leading to Delhi and Punjab in order to prevent the farmers from going to Delhi on November 26 and 27 to protest against the three farm laws.

“The state is acting at the behest of the Centre to suppress the farmers’ agitation by dictatorial methods. The government should not remain under any illusion that it will succeed. The only democratic option is to withdraw the three black laws. We appeal to all political parties to express solidarity with the farmers by condemning the state government for its anti-national act of sealing the borders,” AIKSCC leader Inderjit Singh told the media here on Wednesday.

Inderjit Singh also sought an answer from Deputy Chief Minister Dushyant Chautala for the government’s action against the farmers’ agitation.

“Dushyant claims to be a big well-wisher of farmers, but why is he keeping mum when farmers are being suppressed by the police,” he asked.