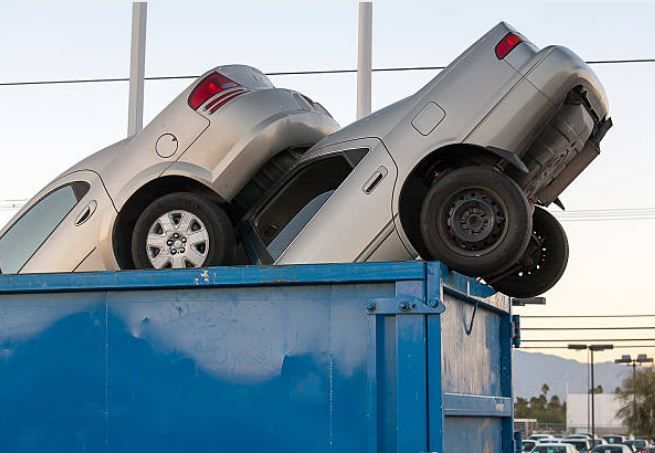 “The vehicle-scrapping policy of the Union government will reduce pollution while increasing the production capacity in the automobile sector at a lower cost,” said Union Minister for Road Transport and Highways Nitin Gadkari here today.

He was speaking at the inauguration of the Registered Vehicle Scrapping Facility Centre at Fatehpur village in Nuh district. The facility is the first of its kind in the state. By the end of 2024, the new vehicle-scrapping policy would generate a large number of jobs and the policy would also play an important role in cleaning the environment, said Gadkari.

Haryana Transport Minister Mool Chand Sharma was also present on the occasion. Gadkari said the biggest benefit from this policy will be that copper, steel, aluminium, rubber and plastic will be easily available.

“There is a huge sector of automobiles in the country, which is providing employment to crores of people. By the end of 2024, this new vehicle scrapping policy will generate a large number of jobs and the policy will also play an important role in cleaning the environment. A variety of discounts will be given while purchasing new vehicles at the vehicle scraping facility centre. The policy will increase the production capacity in the country’s automobile sector rapidly, creating an international identity for Indian market,” said Gadkari.