With monsoon in full swing, villagers along river fear flooding 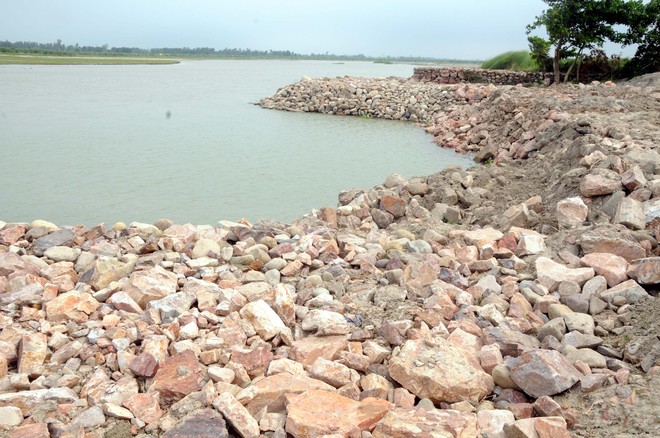 Only 60% of the work has been completed so far.

Though the monsoon is in full swing, the repair of the Yamuna canal abanks to prevent floods in nearby villages is yet to be completed.

The Irrigation Department was supposed to complete the repair and construction of studs at seven places in the district by June. But even one month after the elapsing of the deadline, only 60 per cent of the work has been completed, sources in the department say.

The department has constructed one stud and repaired three at Dakwala complex. At Mustafabad complex, it has constructed three studs and repaired seven along with a revetment (sloping structures placed on banks or cliffs in such a way as to absorb the energy of incoming water) of around 1,365 ft.

The delay in completing the works has generated a fear of floods among people living in more than 20 villages along the river. Nasib Singh, a village resident, accused the department of not taking the repair of the Yamuna canal banks seriously, putting people’s lives at risk.

The authorities, however, blamed the Covid-induced lockdown for the slow pace of work. Navtej Singh, Executive Engineer (XEN), Irrigation, said: “There was shortage of labour and construction material because of the lockdown. The urgent works have been completed at a cost of Rs 5 crore.”

Deputy Commissioner Nishant Kumar Yadav said he had formed a team led by a Sub-divisional Magistrate (SDM) to monitor the works. “The last few days of August and the initial days of September are critical in view of floods. I have directed the authorities to complete the work soon,” he added.