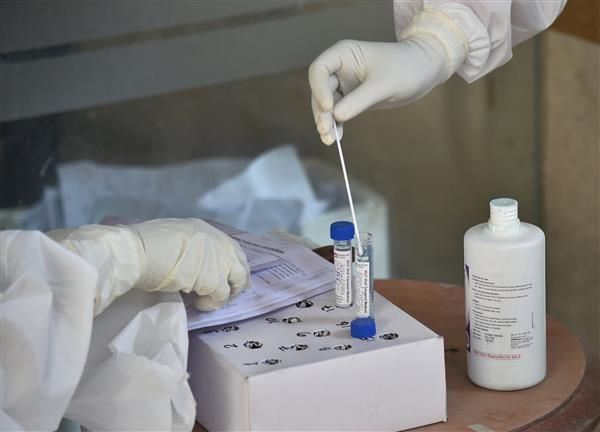 The department has constituted teams at the level of the primary and community health centres to cover all 434 villages in the district. Besides, four mobile vans have been deputed in the far-flung areas along the Yamuna and other parts of the district.

So far, the department is collecting samples at Kalpana Chawla Government Medical College, Civil Hospital; Polyclinic in Sector 16; and urban dispensaries in Sector 13, Sector 6 and Ram Nagar in the city.

“We have started village-level testing camps, which will help in the early tracing of the Covid patients as well as in curbing the spread of the dreaded virus,” said Dr Yogesh Sharma, Civil Surgeon.

Dr Sharma said they would start random sampling in schools from Thursday to test students and teachers. In coming days, random sampling will be conducted in banks, restaurants, hotels, markets and other public dealing places.

He said so far, as many as 9,038 people had tested positive in the district, of them 8,473 patients had recovered and 441 were active. As many as 124 patients have succumbed.