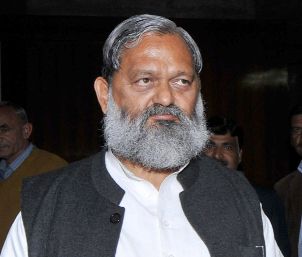 Home Minister Anil Vij today held a meeting of Home Department officials on Jat reservation agitation cases of 2016, where it was decided to gather information on the status of such cases besides studying the Punjab and Haryana High Court stay on the withdrawal of cases.

Vij called the meeting of officials as recently a delegation of the All India Jat Aarakshan Sangharsh Samiti (AIJASS) had met him and requested for withdrawal of cases. Vij told The Tribune, “The Punjab and Haryana High Court issued a stay on the withdrawal of cases. I have directed officials to study the order. I have also sought details on the status of such cases.” “The next hearing in the high court is on December 19, so we will hold the next meeting after that,” said Vij.

Earlier, AIJASS national convener Yashpal Malik said close to 500 cases were registered during the February 2016 agitation and many had ended in acquittal too.