Govt fails to locate homes of more than 250 INA soldiers : The Tribune India

Govt fails to locate homes of more than 250 INA soldiers 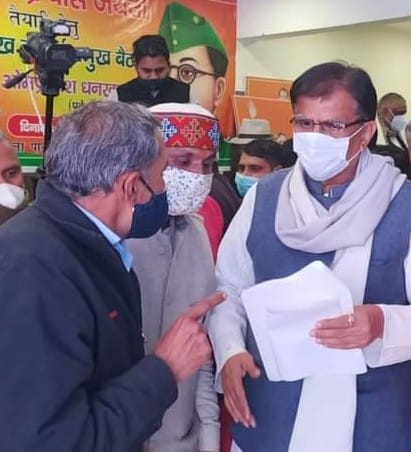 Even as the BJP regime in Haryana celebrates the 125th birth anniversary of Netaji Subhas Chandra Bose on January 23, more than 250 families of Indian National Army (INA) soldiers are yet to get recognition in the state as the authorities concerned have failed to locate their homes.

Shribhagwan Phogat, son of INA soldier Ram Singh, maintains that as per the record obtained by him, the dependents/families of at least 80 soldiers belong to the old Rohtak district which comprises the present-day Rohtak, Jhajjar and Sonepat districts.

The family members of these unsung heroes of the country’s freedom struggle are yet to get the benefits/allowances to which the dependents of freedom fighters are entitled.

“I had provided the record of more than 250 unrecognised INA soldiers to the Haryana Government more than four years ago. The state Chief Secretary has written to all Deputy Commissioners to get the families of these unsung heroes identified and their homes located in their respective districts, but any concrete step is yet to be taken in this regard,” says Shribhagwan Phogat, who is the son of INA soldier Ram Singh.

Phogat has met state BJP chief Om Prakash Dhankar and state Deputy Chief Minister Dushyant Chautala and requested them to ensure the provision of due recognition and facilities to the family members/dependents of the unsung INA soldiers based in the state.

The BJP, which is the ruling party in Haryana, is organising 7,500 public meetings across the state to celebrate Netaji’s 125th birth anniversary which falls on Sunday.

“I have been struggling to get the families of INA soldiers their due recognition for years. The state authorities write to the district administrations which forward the letters to the lower officials for necessary action and in the end, the matter remains stuck in the red tape,” laments Phogat.

He, however, hopes that the authorities concerned will identify and locate the families of the INA soldiers soon.