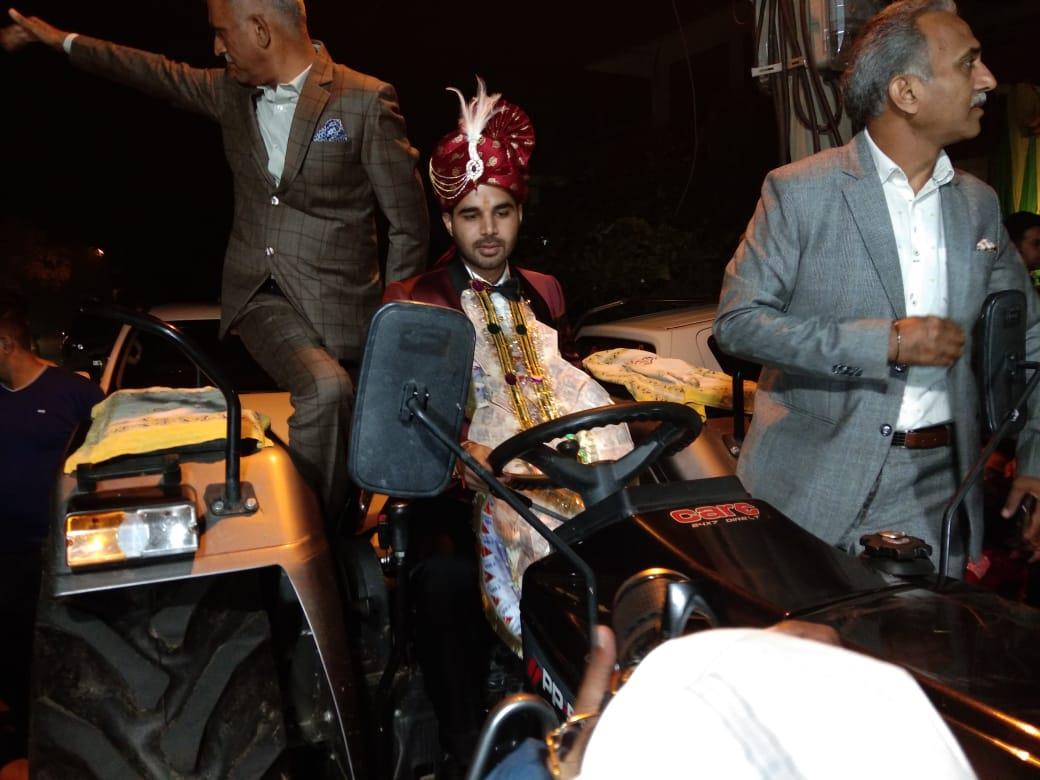 Everyone wants to make their weeding day special and spend lots of money to make it unique, but in Karnal a youth, Sumit Dhull, a resident of Sector 6 in the city, drove a tractor to his wedding venue to support farmers’ protest against the three agriculture related acts.

He left the decorated Mercedes car behind at home and took a tractor as his wedding vehicle.

“I belong to a farmer family and I stand by the farmers who are protesting against the acts, so I’ve decided to choose tractor instead of decorated Mercedes,” said Dhull before leaving from his residence.

His maternal uncle Surinder Narwal said all arrangements were made to leave barat in decorated vehicles, but Sumit asked to change his wedding vehicle to a tractor.

“It is his little attempt to show solidarity with farmers,” he said.

He said that Dhull along with his wife would also go to protest site to extend support to farmers on Friday.