K’shetra dist worst, with more than 97% villages in this category 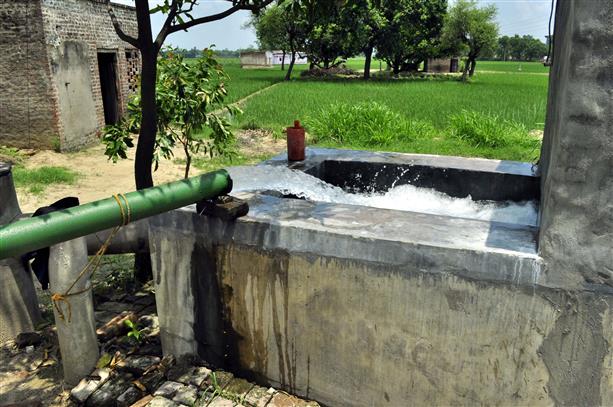 Nihalwas village in Mahendragarh has the worst scenario of groundwater availability, with the water table plummeting to 111.20m below ground level. Another village Palan in the same district has a groundwater table depth of 110m.

In the first-ever village-level survey on water table, the Haryana Water Resources (Conservation, Regulation and Management) Authority (HWRA) has reported that 25.9 per cent of villages in the state fall under the “Severely groundwater stressed” category.

This village-level categorisation will assist in awareness generation and will be useful in micro-level planning of policies and remedial action regarding groundwater management of the villages. —Keshni Anand Arora, chairman, HWRA

In the district-wise analysis, Kurukshetra represents the worst picture, with 97.5 per cent of villages in the “Severely groundwater stressed” category. Out of the 433 villages, 422 are in this zone.

Earlier, the Central Ground Water Board used to bring out the block-level data on groundwater stressed areas. But with the formation of the HWRA, the village-level projections have been made by dividing these into seven categories.

There are 1,261 villages in “Good groundwater potential” having water table depth from 5m-10m, 319 in “Potential waterlogged” having a depth of 1.5m-3m, and 85 in “Severely waterlogged” with a depth of less than 1.5m, categories.

“This village-level categorisation will assist in awareness generation and will be useful in the micro-level planning of policies and remedial action with regard to the groundwater management of the villages,” said chairman HWRA Keshni Anand Arora. The authority has called for objections or suggestions from the public on the proposed categorisation.