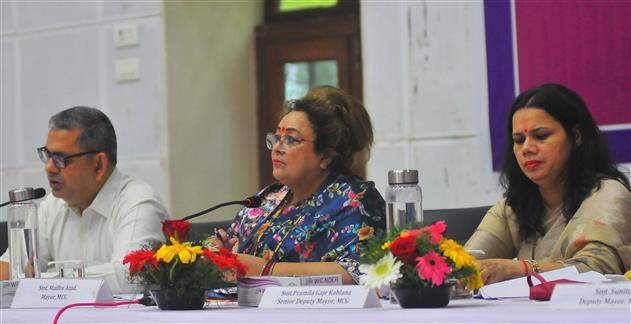 Municipal Commissioner Mukesh Ahuja, taking a stern stance on the issue, announced the formation of a 20-member team to tackle the problem, at the monthly general house meeting today.

As per the plan, MCG will conduct a survey of squatter settlements and rehabilitate them in the nearby vending “We have been getting repeated complaints about the problem of squatter settlements and it’s high time we deal with an iron hand. Our team will rehabilitate the squatters and if they would still be found encroaching, we will remove and penalise them,” said Ahuja.

Amongst other topics highlighted during the meeting, sewerage system, roads and public parks also gained attention.

“We are a civic authority and we need to ensure that our people are equipped with all the civic amenities. We cannot let people suffer for infrastructural issues”, said Mayor Madhu Azad, while addressing the house meeting.