Court asks CBI to produce witnesses on next date of hearing 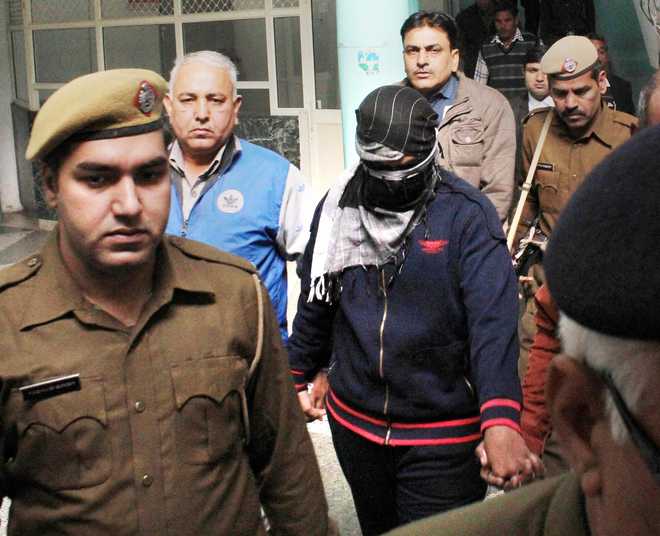 The accused in the Gurugram school murder case. PTI file

In Gurugram school murder case, the court of additional district and sessions judge Tarun Singal on Tuesday framed the charges of murder against accused Bholu under Section 302 of the IPC.

The court asked Bholu that weather he wants a trial or considers himself guilty. He agreed to face the trial.

The trial in the case will start from February 20 and the court has asked the CBI to produce the witnesses.

Sushil Tekriwal, lawyer of deceased Prince, said charges were framed against Bholu under Section 302 of the IPC.

Earlier, the juvenile justice board and the sessions court had directed to run the case against Bholu considering him adult.

“We have been fighting for justice for the last five years. After five years, the trial of the case will start. I have full faith in judiciary. It has been a long time but I hope my son gets justice,” Prince’s father said.

It may be noted that after the boy’s murder on September 8, 2017, in school, a bus driver was made prime suspect and was sent to jail. When CBI took charge of the investigation, Bholu, then a Class 11 student of the same school, was found to have allegedly killed the boy, and was taken in custody.