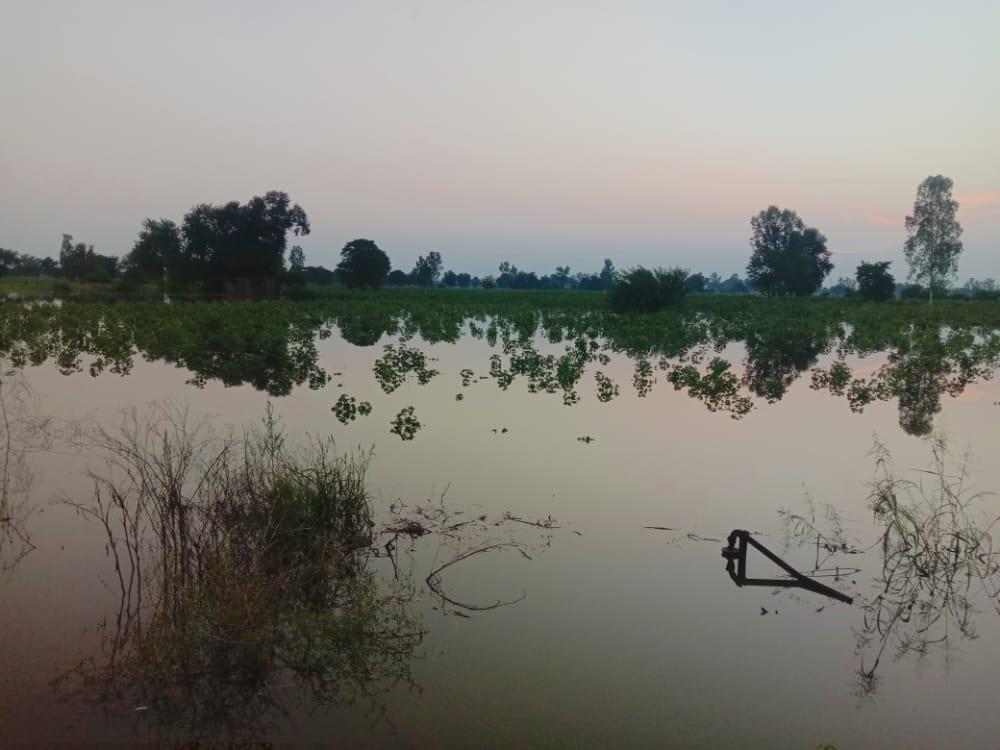 Fields in Kheri village of Uklana, Hisar district, are still waterlogged after heavy rainfall a few days ago. Tribune photo

A preliminary survey conducted by the Agriculture Department indicated that cotton crop grown over nearly 39,000 hectare land had suffered over 50 per cent damage due to the recent heavy rain in Hisar district.

Sources in the department claimed that cotton was the worst-affected crop this monsoon. It has suffered damages at a time when the harvest was underway. The survey report had been compiled on the basis of the reports received from the field staff in different blocks and the complaints of the affected farmers after a three-day rain spell in the district recently.

The officials of the department said Uklana, Barwana and Narnaund blocks were the worst-hit as fields in these areas were waterlogged. “Cotton fields that are still waterlogged will fetch nothing to the farmers. It is a complete devastation,” said an official. The report suggests that 23,160 hectare cotton crop had suffered loss between 26-50 per cent and another 61,735 hectare had reported damages of below 25 per cent.

He said that compensation was provided on the basis of the girdawari survey for the crop loss and crop-cutting experiments.