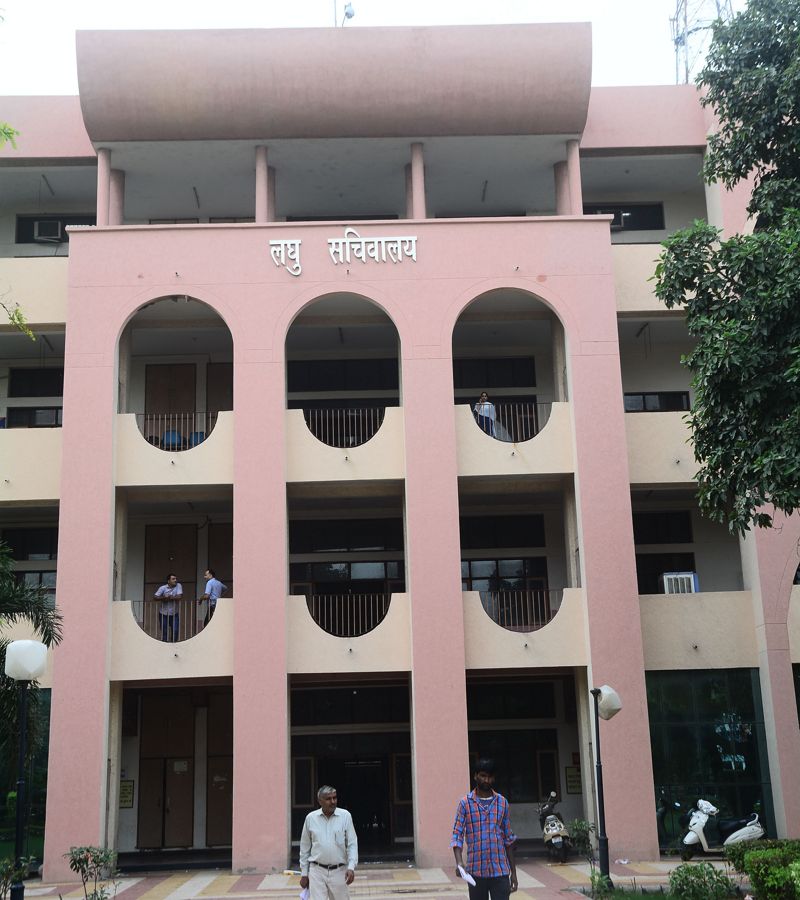 The state government and Congress leaders are at loggerheads over Chief Minister Manohar Lal Khattar’s recent announcement over the shifting of the mini secretariat, court campus, Municipal Corporation and other government offices out of the city.

Former Chief Minister and Leader of Opposition Bhupinder Hooda has warned that they would not let the authorities shift the government offices at any cost as it would inconvenience the local people.

Being located in the middle of the city, it is easy for everyone to reach the mini secretariat and court complex. If these are shifted out, it will be inconvenient for lawyers, court staff and the common man. Bhupinder Hooda, former Chief Minister

The move aims at easing out traffic congestion. Besides offices, a multi-storey building for vehicle parking and residential colonies for judicial and govt officers will be constructed at the proposed site. Manoj Kumar, Deputy Commissioner

“Being located in the middle of the city, it is easy for everyone to reach the mini secretariat and court complex. A large number of people go to these offices for every small and big work. If these are shifted out, it will not only be an inconvenience to the lawyers and court staff, but also the common man who will have to travel many km to reach the court and mini secretariat,” said Hooda.

He maintained they would decide the further course of action after interacting with the people and party workers on June 27 when the Congress would stage a dharna in Rohtak city to register their protest against the ‘Agnipath’ scheme.

Congress MLA from Rohtak, Bharat Bhushan Batra, said the shifting would also take a toll on business activities in the city as the livelihood of a large number of shopkeepers and other persons engaged in different works depend upon the offices.

“Our (Congress) government had chalked out a plan to shift the DC residence in the Revenue Colony and to use the residence spread over several acres for vehicle parking so as to ease out traffic congestion around the mini secretariat and court complex. But the plan is not being executed due to vested interests,” said Batra.

Meanwhile, a team of government officials led by Chief Architect BB Mehta visited the proposed land for shifting the offices on Sunariya road. A total of 64 acres of Municipal Corporation land are available there for the project.

“The move aims at easing out traffic congestion in the city. Besides offices, a multi-storey building for vehicle parking and residential colonies for judicial and government officers will be constructed at the proposed site,” said Manoj Kumar, Deputy Commissioner.

Mayor Manmohan Goyal said since there was no proper space for vehicle parking around the mini secretariat and the court complex, it led to traffic jams. Hence, a plan was being chalked out to shift these offices to Sunariya road where adequate land of the Municipal Corporation was available.