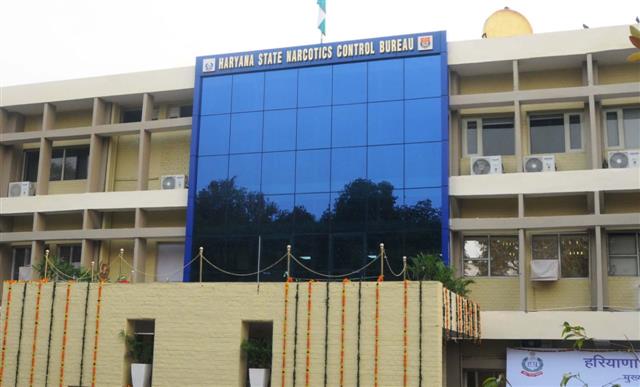 The state Narcotics Control Bureau has started functioning from a hi-tech office in the Haryana Police Academy, Madhuban.

Even though the Haryana State Narcotics Control Bureau (NCB) has started functioning from a hi-tech office in Madhuban, it lacks an integrated command and control centre (ICCC), a major component of the bureau, which was proposed for a strict vigil in curbing the drug menace and to get the status of each and every FIR of the NDPS.

As per sources, this centre was proposed last year in July and an estimate of around Rs 1.5 crore was sent to the government. In the absence of the budget approval, the project is still hanging fire.

The centre was to be GPS-enabled for the live tracking of all raids and operations, the live streaming of which could be seen on the video wall of the centre, an official said. It was to monitor the investigation so that the drug peddlers would be convicted. The command and control centre was purposed to assist the raiding party as well as sending the backup to the spot to nab the drug peddlers.

A helpline number of the Haryana NCB, which is functional at present, was to be shifted to this centre for round-the-clock monitoring, he added.

With an aim to checking drug menace in the state and also to form a strategy for all stakeholders, the Haryana Government had announced to form the Haryana State NCB in June 2020. ADGP, Shrikant Jadhav, had been given the charge of the bureau on July 3, 2020. Soon after his joining, a proposal for the ICCC was sent to the higher authorities. Almost 18 months after of the formation of the NCB, which was earlier functional from one room of the State Crime Record Bureau (SCRB), Home Minister Anil Vij had dedicated a fully equipped office premises on the ground and second floor of the SCRB in Madhuban on December 26, 2021.However, it still does not have the main component. As per the sources in the department, without the ICCC, the Haryana NCB could not fulfil its purpose for which it had been formed.

Shrikant Jadhav, ADGP, and chief of the Haryana NCB, said that after his joining, he had proposed this centre. “We are still waiting for the sanctioning of the budget.”

Hotspots to be identified

An official said once the centre was operational, it would provide a database of the persons involved in drug trafficking and the hotspots of the drugs across the state. Besides, it would be easy to get information about the route of the drugs from source to the consumer