Haryana saw 62% Covid fatalities in April & May : The Tribune India 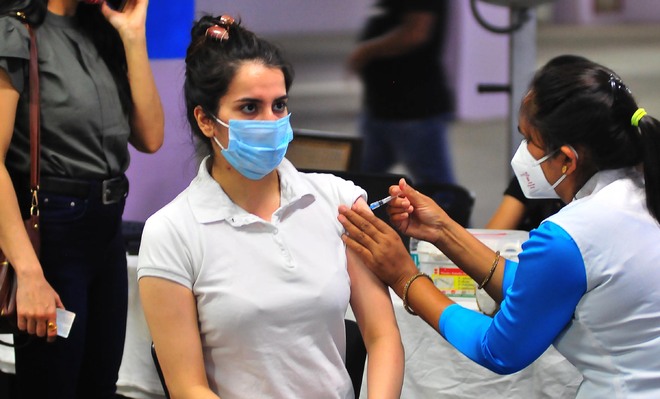 A woman gets the jab at the first walkthrough vaccination camp for 18+ category at a Gurugram mall on Monday. Photo: S Chandan

Also, the cases in Haryana have hit a seven-week low with 17,361 people getting infected last week. However, with 709 deaths in seven days, mortalities still remain a major cause for concern.

While the first wave saw the NCR districts reporting a major share of the total deaths, it was smaller districts like Hisar, Fatehabad and Kaithal logging higher fatalities during the second wave. Even the mortality rate in non-NCR districts is much higher than the one recorded in Gurugram and Faridabad.

Dr Viresh Bhushan, Civil Surgeon, Fatehabad, said this was due to delay on the part of people to go for Covid testing and hospitalisation despite symptoms. “Of 406 deaths in the district, 283 were reported in the second wave. Of these, 141 people died within two days of hospitalisation, 75 in three to five days, 47 in six to 10 days and only 20 stayed in hospitals for more than 10 days,” Dr Bhushan said, adding that doctors didn’t get enough time to save the patients.

Meanwhile, with 17,361 cases in the past seven days, the new infections are at a seven-week low. The last time the state witnessed lesser infections was during between March 29 and April 4, when 10,414 cases were registered.

Of total 7,66,389 cases, nearly 4.5 lakh have been recorded in April and May. With this, the seven-day daily positivity rate in Haryana, which was once nearing 30% at the peak of the second wave, has now come down to 3.24%. The cumulative positivity rate in the state, however, is still at 8.41%.

Rajeev Arora, Additional Chief Secretary, Health and Family Welfare, said despite a dip in infections, the state government had not reduced testing and that was the reason behind the sharp decline in the daily positivity rate. “We are still testing at least 50,000 persons a day. Moreover, during a village-level health check-up drive initiated from May 15, over 1 lakh samples were tested with a cumulative positivity rate of 3.07%.”